The Herts Falcons opened their season last Sunday.  This Sunday it is the turn of the Herts Eagles and the Herts Hawks to open their Triple-A and Double-A League seasons, respectively.  The Eagles host the always competitive Oxford Kings, while the Hawks meet with Double-A League favourites,  London Mammoths.

Both games are at Grovehill Ballpark in Hemel Hempstead. Herts Eagles vs Oxford Kings starts at 1:00pm while Herts Hawks vs London Mammoths starts at 12:00pm.

The Herts Falcons already announced their roster.  The other three Herts teams unveiled theirs this evening (see below).  These rosters may change over the course of the season as players move between teams in accordance with the BBF player movement rules. 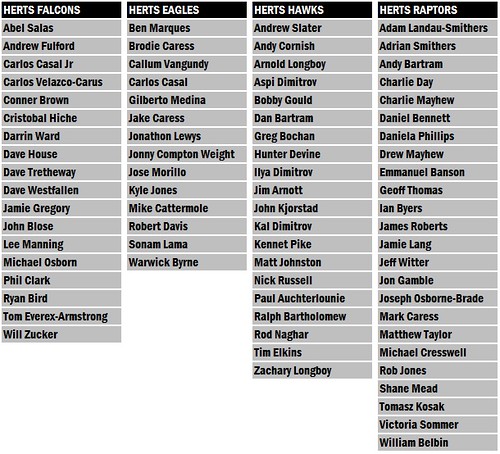