This was another fantastic Herts Futures Tournament with 20 teams entering the four different age divisions. 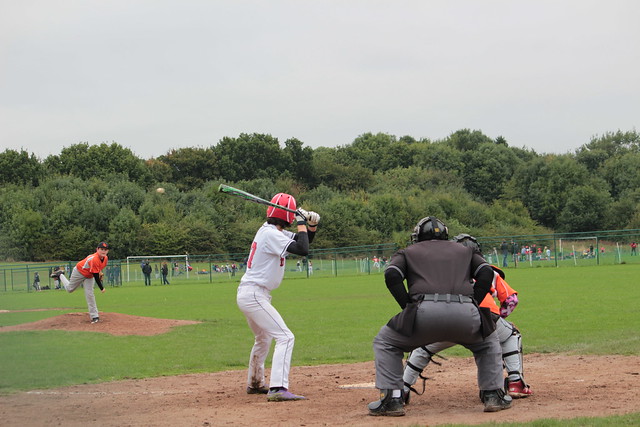 In the Under-17 Division Herts Kites had their revenge over the London Mets who beat them in an epic National Championship Semi-Final six days earlier.  Herts won 10-4 on this occasion and with a win over London Sports won the U17 division of this year’s HFT. Herts and LYBL finished top of their respective groups, but in the final LYBL proved too strong for Herts winning the U13 HFT championship convincingly. The youngest age group saw players aged 4 to 7 from Herts, Leicester, London Mets and London Sports. London Sports and Leicester met in their final game of the day both with a 100% record.  Their head-to-head clash ended in a 13-13 so both teams finish in first place.

Click to view the full scoreboard and standings in all divisions.

The Herts Futures Tournament has rounded off the 2017 British youth baseball season in style. Teams up and down the country will now have to somehow survive the winter months without baseball. Thankfully Major League Baseball is about to enter its most exciting phase and we can follow the drama of the postseason on tv.

Players of all ages can contact Herts Baseball Club with a view to signing up for the 2017 season or giving baseball a try when the teams return to the ballpark in the new year.