Another Sunday, another double-header for Herts Baseball’s newest single-A team. This weekend saw the Eagles travel to Connare Field to take on the 4-4 Richmond Dukes in search of their first win.

Rob Jones opened the game at the plate for the Eagles, drawing a walk and making it to third on aggressive base running. With a runner in scoring position Arnie Longboy got the ball in play to bring home Jones for an early Eagles lead, unfortunately being thrown out at first in the process. Two more quick outs ended the inning with a narrow lead for Eagles. Herts then took to the field with regular starter, Alex Trautman, on the mound. The Dukes got off to a quick start bringing home 4 runs. The Richmond line-up were making consistent contact. However, Rob Gibson had control at the Hot Corner making a clean throw to Max Trautman at first and taking a fly ball for outs two and three. Eagles down by three at the end of the first.

At the top of 2, the Eagles were ready to rally with the first three batters getting on to load the bases. Out number 1 was taken on a five pitch strike out with Mo Abdule working the pitcher hard. The next three would take walks to load the bases.

Yasu Ichige steps up in the three hole with the bases loaded, tied ball game. Lewis Harrison (DH) is at third, Jones at second, Longboy on first. The next out is forced at home on a ground ball.

Next up to the plate Rob Gibson, not satisfied with his fielding credentials unleashes a shot into the gap in left field, a ground rule double bringing in a pair of RBI’s bringing up the 5 run limit – Eagles lead 6-4. Richmond would come back in the bottom of the second with aggressive base running on 3 hits and 3 walks to bring in their 5 runs for the inning making it a tight 6-9 game going into the third. 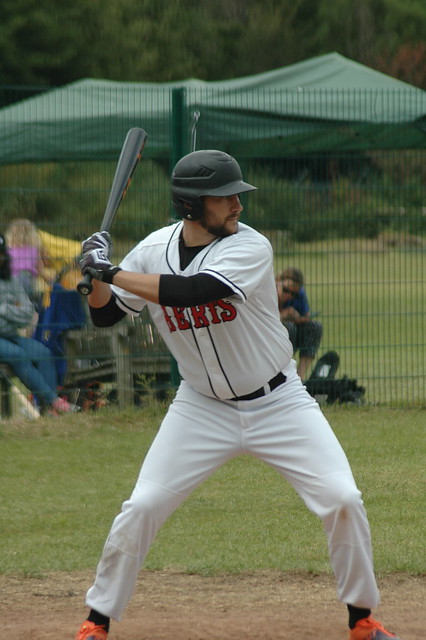 With a close game on their hands Eagles came into the third looking for a big inning, some solid at bats drawing walks got runners on bases with RBI’s from Lewis Harrison and Rob Jones. These would be the only runs for the Eagles, reducing the deficit to one.

As the Eagles took to the field the next inning kept the game tight with a shut-out inning on three hits for Trautman giving the team a chance into the fourth, and final, inning as time-limit was called.

To start the fourth Gibson remained consistent, going 2 for 3 with a single. Aggressive base running sees him progress to third with Max Trautman at the plate, who draws a walk. Simon Langton achieves the same and the bases are loaded again giving the Eagles the opportunity to take the lead.

Adam Collins next in swings at the second pitch, its a ground ball to short who makes the throw to second forcing out Langton, meanwhile the game is tied by Gibson running in to home. With the score even, Mo Abdule steps up to the plate driving a solid RBI single to bring Max Trautman home, Eagles lead!

Eagles would score one more with Collins running in on a wild pitch before the next two outs. A narrow two-run lead into the final half. Unfortunately, it was not meant to be; the top of the Richmond order came out strong scoring three runs to end the game 11-12 and another narrow loss for Herts Eagles. 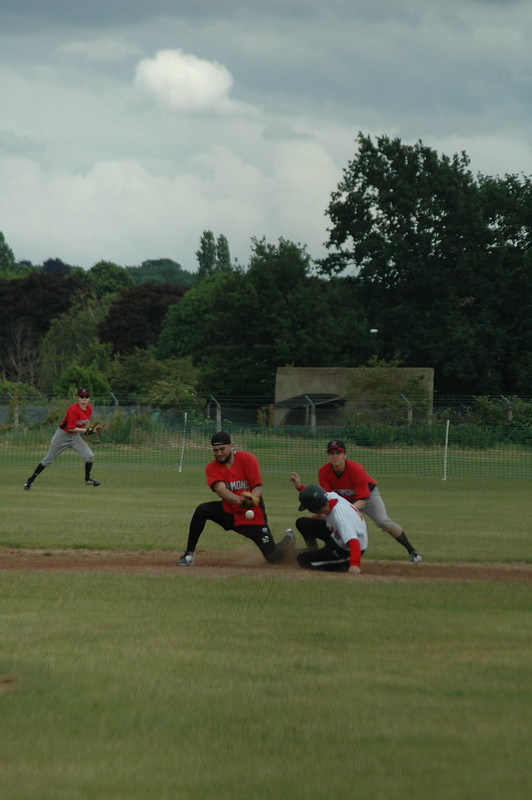 Game two saw Yasu Ichige take to the mound in an impressive outing, which saw defensive prowess and aggressive base running from the Eagles. The top of the first saw Jones and Longboy reach base on balls and stealing to get into scoring position, with Ichige batting in the runners from second and third.

Yet more stealing and three more walks allowed the Eagles to reach 5 on no outs in a strong first inning. Ichige came out in the bottom of the first with aggressive pitching recording one groundout and two strikeouts. Unfortunately, one hit mixed with stealing and a wild pitch allowed one to come home for the Dukes.

The second inning showed patience in the batting order with walks being the order of the day, one base hit brought one home with the Eagles scoring 4 in the second. The defence in the Eagles line-up continued to be problematic for Richmond with two quick outs.

With two down one man managed to get on base and progressed to third on steals. With a runner in scoring position the Dukes needed to get back into the game, the pitch from Ichige receives a big swing, the ball high in the air but lacking distance is easily fielded by Longboy at second base to retire the side resulting in one very pleased pitcher – a shutout inning and Eagles lead 9-1.

Into the third, and pitching frustrations continued for Richmond. Four walks and two outs later Gibson steps up to the plate, finding the gap in left field again for another ground-rule double and notching up two RBI’s in the process. Although no one mentioned the number of runs at the time it was 13-1 Eagles heading into the bottom of the third.

Ichige started strongly again, striking out the first man up but the top of the order brought the Richmond bats to life, five hits including a double allowed the home side to bring in 4. Though the Eagles kept their resolve retiring the side on a pop-up to first and a final K with a beautiful curveball for Ichige.

Time was called on the fourth inning. With no cap on runs now the Eagles couldn’t afford to lose their resolve, some showing their superstitious dispositions not wanting to discuss wins, numbers or score lines. After all, we all know anything can happen on the diamond.

However, here at Connare field the Eagles batting order were seeing the ball well and making contact. Max Trautman opened the inning with a beautifully hit double and a contender for the best sounding hit of the season, the next three would walk on to first base with an out in between with Trautman making it home on a passed ball.

Yet again aggressive on the base paths, Eagles would get runners in scoring position with Kumail Jaffer and Lewis Harrison showing off their wheels. Inspired by the events, Longboy smacks a long ball into centre scoring a ground rule double, followed by base-hits from Ichige and Gibson. Through the order we go and Trautman is back at the plate, another swing, the crack of the bat, another double and one for the highlight reel. The inning ends with 9 runs scored with a further RBI for Kumail Jaffer. 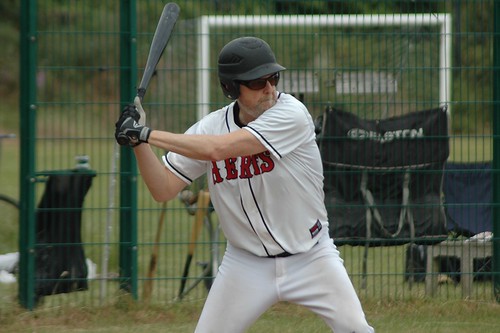 At the bottom of 4 Eagles knew they had a commanding lead, all that needed to be done was to bring it home with a clean defensive effort. First pitch and the ball is hit hard on a line drive towards Aspi Dimitrov at short, a leap and his glove hand stretched high he makes the play for the first out.

Two walks saw the runners on the bases for the Dukes as we head through the top of the line-up and the three-hole hitter. A well hit ball on the first pitch flies into centre field, Kumail Jaffer is on the move and under it to make the play putting two away.

The Eagles bench is on their feet, Ichige needs to see one more out to get the W, the first batter is walked on a seven pitch duel and the bases are loaded. The next man up is patient, waiting for his pitch to come in, he swings and makes contact, the ball zipping towards Alex Trautman at second base, the ball is fielded off the ground and all that stands between the Eagles and their first win is a force at any base. But what would baseball be without a sense of family? Trautman throws to Trautman for a 4-3 play to end the game and secure Herts Eagles first win!

If nothing, this outing was a display of how much this Eagles team has grown since the start of the season. The progress individually and as a team has resulted in some close games in recent weeks and I’m sure that everyone on the roster feels that this one has been in the pipeline for some time. Now the Eagles can rest up before facing Essex Redbacks at Basing Hill on Sunday 16th June. 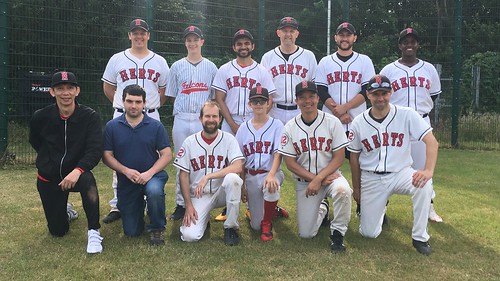