Mantas Poderys and Tetsuro Shinkawa (pictured above) were elected as the new managers of the club’s Single-A and Triple-A teams, respectively. Both of them joined the club just 12 months ago as part of the tsunami of new players making up the 54.7% growth in the number of Herts adult baseball players in 2019. 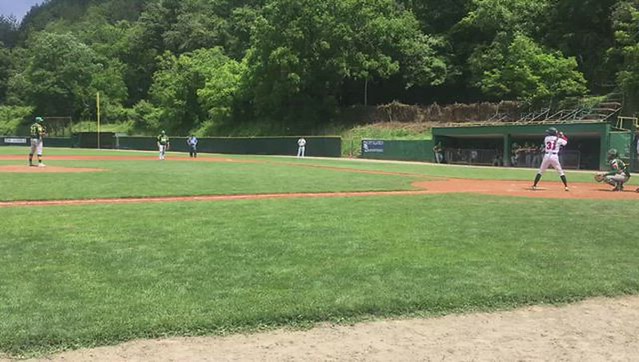 Shinkawa is well known around British baseball. He has a wealth of experience playing in the various league tiers of the British Baseball Federation including two years in the National Baseball League for the Richmond Flames with whom he lifted the NBL National Championship trophy in 2010. He has also played for the Guildford Mavericks, the Brighton Jets and, of course, the Herts Londoners in their debut season in the Triple-A League last year. He was also called up by the Herts Falcons to play in the team’s first ever appearance in the European Federations Cup. Mantas Poderys originates from Lithuania which is a country with a history of producing high calibre baseball players and teams. He was with the Herts Raptors in 2019 and takes over the reins from Matthew Jackson. Poderys added energy and enthusiasm to the team as a player and he will now be able to continue doing so as a manager of the Raptors which has an enormous potential with very talented young players who will be moving up the leagues in the next few years.

Cristobal Hiche was re-elected as the manager of the Herts Falcons so 2020 will be his third season in charge of the club’s first team. Arnie Longboy and Aspi Dimitrov co-managed the Herts Eagles who were based at the club’s new ballpark in North West London last year and they were also re-elected at Sunday’s annual general meeting. The exact number of Herts teams and the BBF leagues which they will enter in 2020 is not confirmed yet. Later this month the club will be analysing the list of players who have registered to play for Herts in 2020 to determine its team entries. They will be announced around the league entry deadline of 31 January. The club is still looking to fill the Double-A manager position and, depending on the number of Herts teams, they may need even more managers and coaches.

The AGM announced the £8,000 ballpark investment supported by a £3,000 Dacorum grant which we reported on in our earlier article. The club is expected to implement additional projects to upgrade its ballparks in Hemel Hempstead and in NW London, and it is in a good position to do that after appointing Cristobal Hiche and Aspi Dimitrov as the two Ballpark Operations Managers of those respective venues.

Every year the club sends out its annual report to members providing statistics on the club’s performance on and off the field during the past year.  The 2019 edition was of particular interest to Herts and non-Herts supporters of British baseball as it gave a better idea of the impact of the MLB London Series on baseball clubs. Basing Hill Ballpark may have had a very basic configuration with no permanent baseball infrastructure but it gave Herts the platform needed to take advantage of the momentum created by the arrival of the Boston Red Sox and New York Yankees to London. Significant growth was recorded not only in NW London but also in Hemel Hempstead. The growth in adult league players beat the previous record set in 2009. The club is now bigger than it has ever been.

There was a 23% decline in the number of youth players in Hemel Hempstead, but the club is currently looking to put the organisational structure in place in order to launch youth baseball teams in NW London which should boost that section of the club in 2020. The Annual Report also stated that “while the club will be looking to achieve further growth with another two MLB teams coming to London, the mission for 2020 will also be to turn this army of new players into teams that can compete in the playoff races of the various British baseball leagues”.

Players, from complete beginners to advanced, are now registering for the 2020 season. Click here for details.