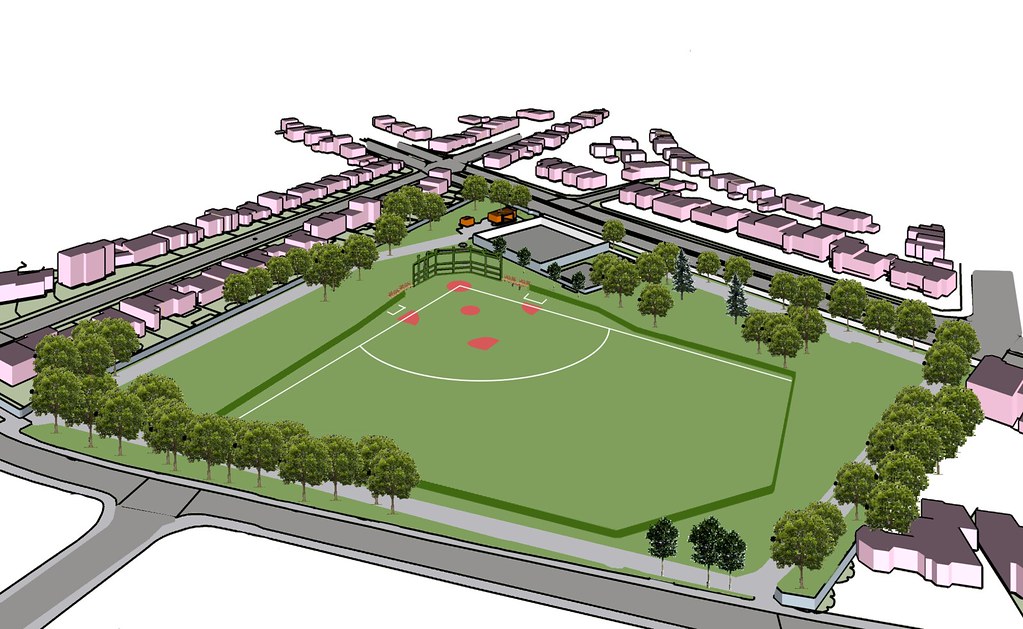 Herts Baseball Club has launched a crowdfunding campaign to build a baseball venue at Basing Hill Park in North West London and hopes that the Mayor of London will also back the project.

Herts adult and youth teams began playing baseball in Basing Hill Park in 2019, but there were significant challenges to this. Their baseball infrastructure was very basic. The playing field surface was in a derelict state, to such an extent that football teams stopped playing there more than ten years ago. The park suffered further damage when it was used to train police horses.

The club is now looking to raise over £55,000 to create a high quality baseball venue. This money will be used to level and resurface the playing field with new grass, install a permanent backstop, create an infield, team benches and other baseball elements. The project will also bring the park cafe back to life, a building which has been stagnant for over ten years.

If the club hits its crowdfunding target, Basing Hill Ballpark will not only bring baseball and softball into the heart of the community but will also revitalise this small, but cherished, outdoor space. The park will become a family oriented setting with organised events, outdoor cinema and a newly restored cafe, providing for the whole community in a Covid-secure environment.

The club has already submitted its pitch to the Mayor of London, who will be following the campaign closely over the next few weeks. If the project shows that it has support from the community, the Mayor could pledge as much as 50% of the total project cost.

This type of project is not new to Herts Baseball Club. In 2009 they delivered a very similar project when they constructed a second baseball diamond at their branch in Hemel Hempstead to accommodate the increasing number of players.

A large proportion of the club’s members are based in NW London and there are many more who want to play baseball but are unable to make the journey to Hemel Hempstead.

Baseball was in the spotlight when the Boston Red Sox and New York Yankees came to London to play MLB games in 2019 in front of a 60,000 sell-out crowd. This led to a further increase in the number of enquiries from kids and adults who wanted to play baseball. Basing Hill Ballpark is in a densely populated part of London with good transport connections which makes it an excellent venue to meet that demand.

Herts is competing with 80 other projects for the Mayor’s support and its club president, Aspi Dimitrov, emphasised that “it will be a big challenge to reach the crowdfunding target, especially as so many have been affected by the Covid pandemic but, if we achieve it, we will create something very special for the community”. He added that “every pledge, large or small, will play a vital role in this campaign and supporters can pledge as little as £2”.

Pledge to the Basing Hill Ballpark project on Spacehive

Individuals, businesses and other organisations can make a pledge on the Basing Hill Ballpark crowdfunding page on Spacehive, which is working closely with the Mayor of London and other local authorities to help fund community-led projects. The campaign must reach the target by 11 May 2021.  The money raised will be received by the club only if the project hits the target.  If it doesn’t, all pledges will be cancelled.

If the target is reached, work on the project is expected to commence in August and the aim is to unveil the new ballpark in time for the 2022 baseball season.

For more information and to make a pledge, go to the Basing Hill Ballpark project page on Spacehive.