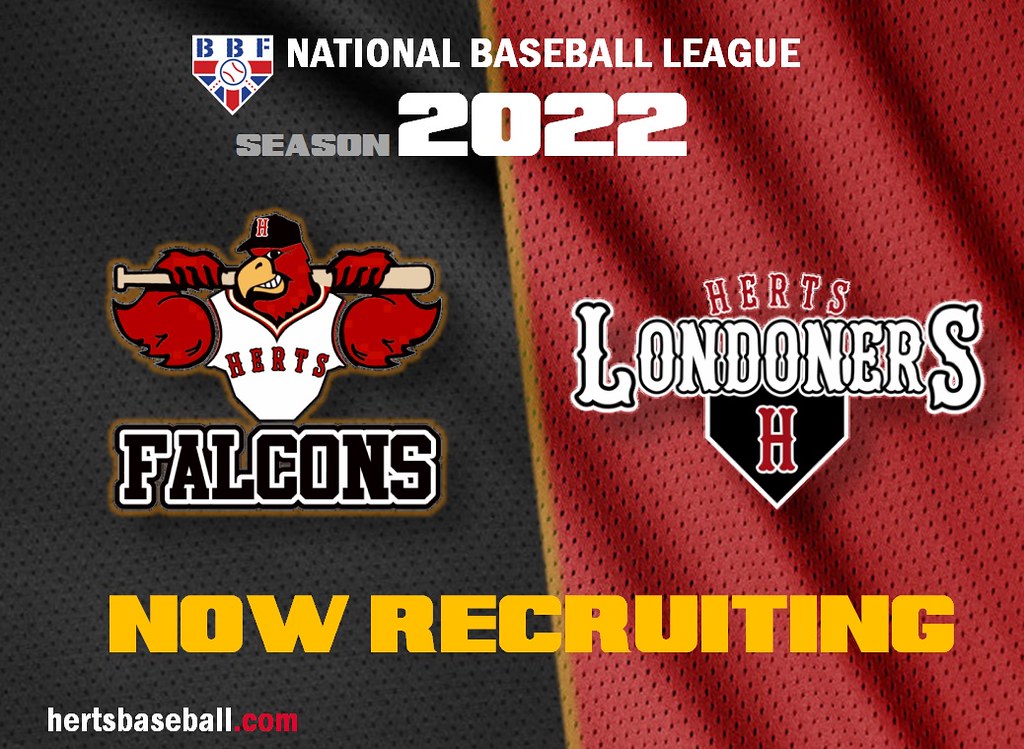 2021 was a difficult season in the National Baseball League (NBL) for the club’s flagship team, the Herts Falcons.

The team has had an illustrious 26-year history and has been a member of the NBL since 2009 after the Falcons won promotion as the Triple-A League National Champions in 2008.

The club is determined to ensure that the team not only continues to play in Britain’s highest league but that it is capable of challenging for a place in the playoffs. This will not be an easy task and it will not happen overnight, but the hard work begins today.

The club has just launched its recruitment campaign with the aim of rebuilding the Falcons squad in time for the 2022 NBL season.

Furthermore, with the project to build the new Basing Hill Ballpark in North West London making excellent progress, this recruitment drive will also aim to sign-up players with a view to making the Herts Londoners the club’s second team to join the NBL.

Apart from players, the club is also inviting candidates for team manager.

Tryouts will be held in Hemel Hempstead and in London and the dates will be confirmed in due course.  The club will also be providing applicants with details of income-generating opportunities for those players who sign-up to play for the Falcons and the Londoners.

Club President Aspi Dimitrov said: “This is an opportunity for players who are looking to compete in the NBL to play for one of the biggest baseball clubs in Britain with nearly 200 registered players this year and over 700 that have worn the Herts jersey over the last 26 years. We are inviting not only elite players with experience in the top leagues, but we are particularly interested to work with young players and those who may not have played in the top league yet, with a view to giving them the opportunity and the necessary game time to develop in the NBL.”

To express interest in playing for the Herts Falcons and the Herts Londoners in the NBL in 2022 and for more information about this opportunity, players are invited to complete this online form.

The invitation is not only for new players but also for current and former members of Herts Baseball Club. Completing the form will ensure that you receive details of the upcoming tryouts and other updates about playing in the NBL with Herts in 2022.