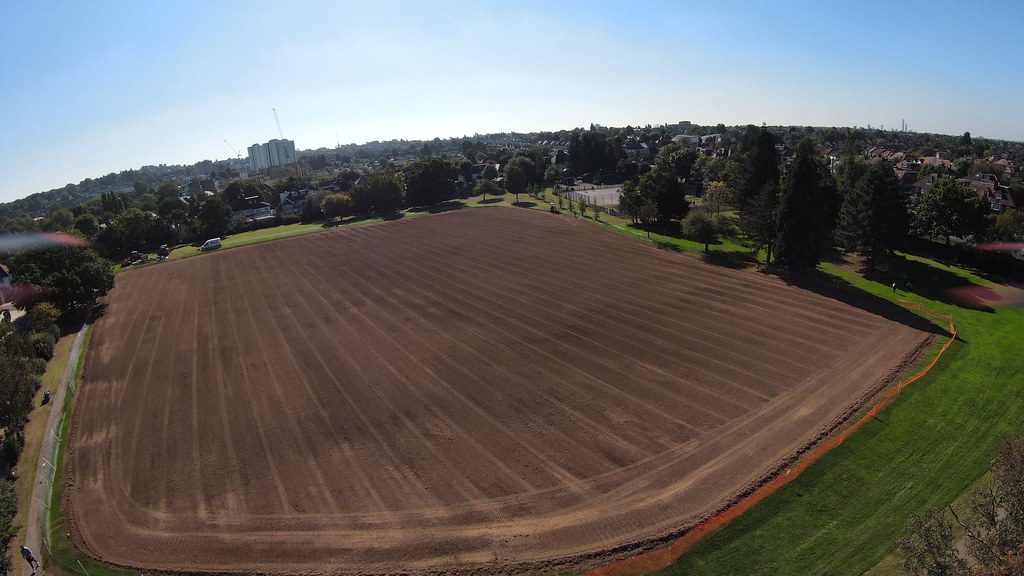 Herts Baseball Club has launched a crowdfunding campaign for Phase Two of the Basing Hill Ballpark project in north west London. If 100 supporters back the project, Sport England will pledge £6,000.

Six months ago, the club raised £21,413 through crowdfunding for the first phase of the project which aimed to re-grade, level and resurface the baseball playing field with new grass. That stage of the project was completed successfully. The new grass is progressing well and is expected to be ready for games in May.

The club is now looking to raise £20,068 to install the baseball elements including the baseball backstop, infield perimeter fence and the infield cut-out clay areas around the bases and the pitcher’s mound.

Herts received confirmation from Sport England that they will pledge £6,000 to the project if it reaches 25% of the target (£5,017) and receives donations from 100 supporters.

Club president, Aspi Dimitrov, said that “the timing of this campaign is not ideal for families given the difficult economic conditions in the UK, war in Ukraine, the world recovering from Covid pandemic, fuel and energy prices going up etc”. But he added that the club feels strongly that “baseball plays an important part in our lives and, if we deliver this project successfully, it will give a boost to everyone connected with Herts Baseball Club and the wider community in NW London and other clubs around British Baseball who will be playing at that venue”.

Most club members and fans already made significant donations last year during the crowdfunding of Phase 1. The club is mindful of the fact that most supporters cannot donate large amounts at every stage of the project, but, even if they can only donate a few pounds, that will play an important role in reaching 100 supporters needed to secure the £6,000 pledge from Sport England.

Note: When making a pledge to the project, at the checkout you will see a suggestion from the Crowdfunder platform to give them a percentage of the donation as a tip.  That tip does not support the Basing Hill Ballpark project.  You are not required to give a tip to them if you don’t want to so you would need to remove that tip at the checkout.

This type of project is not new to Herts Baseball Club. In 2009 they delivered a very similar project when they constructed a second baseball diamond at their branch in Hemel Hempstead to meet the increasing demand for baseball.

Individuals, businesses and other organisations can now make a pledge on the Basing Hill Ballpark (Phase 2) crowdfunding page. The campaign must reach the £20,068 target by midnight on 28 April 2022.  The money raised will be received by the club only if the project hits the target.  If it doesn’t, all pledges will be cancelled and payments refunded.

If the target is reached, work on the project is expected to commence in early May and the new ballpark is expected to be unveiled by the end of May.

For more information and to make a pledge, go to the Basing Hill Ballpark (Phase 2) crowdfunding page.

Unlike last year’s crowdfunding campaign, this time around individuals and businesses have teamed up with the campaign to generate revenue and reach new customers. They will be able to promote and sell their products, services and experiences, reaching a new audience through the crowdfunding campaign by offering “rewards”. Go to the crowdfunding page to see examples of businesses and individuals who have already done so.  Contact the club for more details or to add a reward.