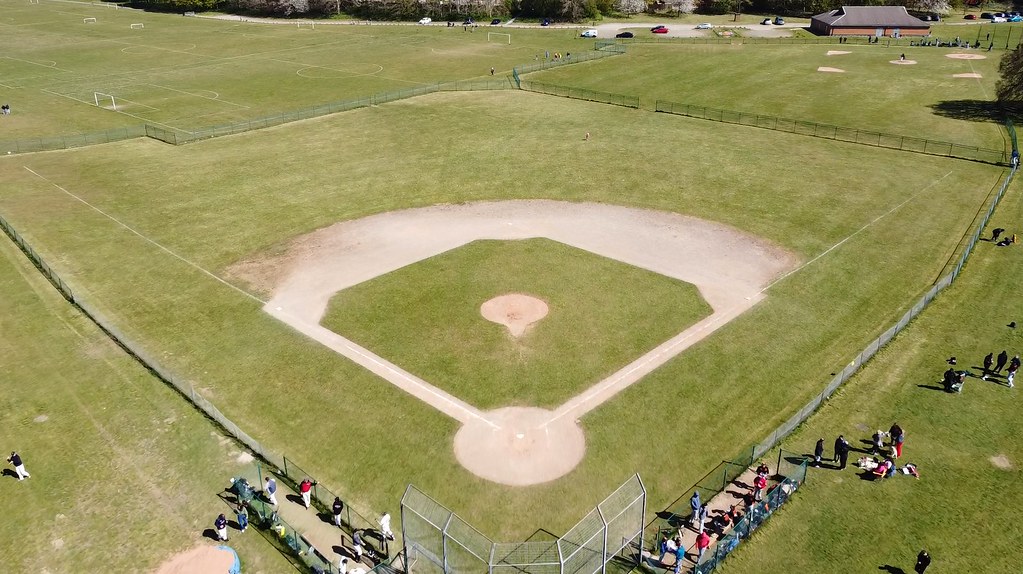 Herts Baseball Club has been awarded a grant of £2,851.63 by BaseballSoftballUK (BSUK).  The club has separately raised £3,000 and the total amount of £5,851.63 will be invested into upgrading its Grovehill Ballpark in Hemel Hempstead.

The work on the project has already commenced with the installation of the pitching mounds on the two diamonds using clay mound blocks which will provide a more stable and durable structure in line with baseball regulations.

The next steps in the project involve a number of procedures to enhance the grass playing surface including verti-draining, top dressing, aeration and fertilising on both diamonds. The club is consulting with the contractor to determine the optimum time to implement these procedures – either in the autumn after the end of the baseball season or in the spring for the start of the 2023 season.

Grovehill Ballpark was opened in the early 1990s. The facility expanded its capacity with the building of the second diamond in 2010 enabling it to host high-profile events such as the National Baseball Championships, Herts Spring League, Herts Futures Tournament, Hunlock Series, and others. This year over 100 adult and youth league games are scheduled to be played at the ballpark and this project will make the ballpark even better.

Herts is one of seven recipients of the 2022 Facilities Fund, with £10,558.24 being directly invested in grassroots facility development projects this year.

As part of BSUK’s Two Sports, One Ambition Strategy launched in August 2020, BSUK reaffirmed its commitment to help grassroots baseball and softball organisations across the UK to become stronger, safer and more sustainable. A key part of the commitment was creating the Facilities Fund to support Chartered clubs and leagues to develop and improve their facilities, with BSUK committing £50,000 over five years, starting last year, to allow clubs and leagues to use the investment not only to support facility development but also act as a lever to attract further match funding.

Chris Rawlings, Head of Development at BaseballSoftballUK, commented on the submissions, remarking, “This year’s submissions were just as strong as last year’s, and the selection committee had a very tough task in awarding funding. This is a further step towards improving facilities across the United Kingdom, and we are very proud of all the clubs who submitted for the fund this year.”