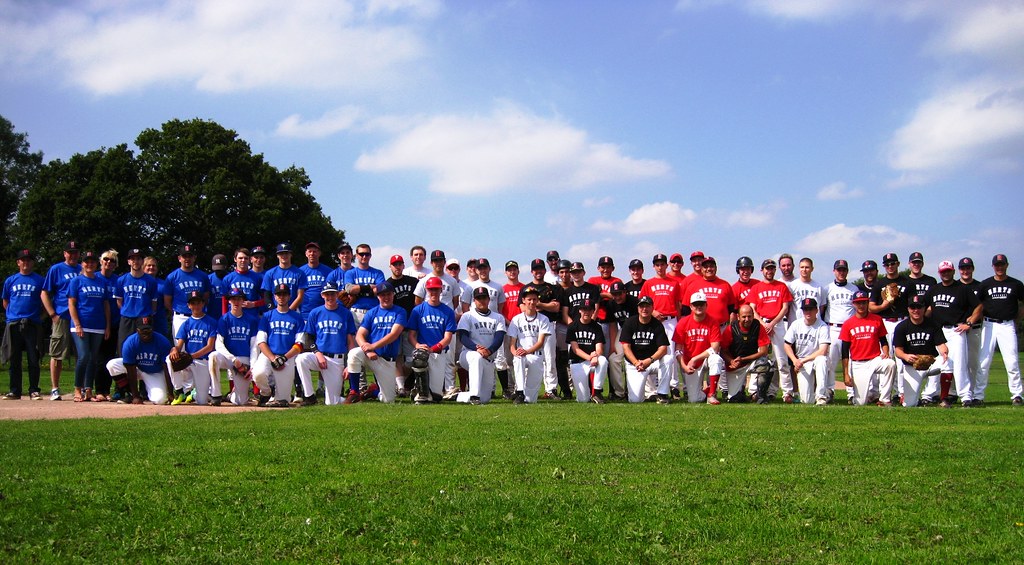 The 2022 BBF regular season will be coming to an end this weekend but, whether your team makes it to the Playoffs or not, arguably the best part of the season is still to come.

Every year, just when the MLB season enters its most exciting stage, players come to the ballpark for a competition in memory of Herts Baseball Club’s number 36, the late Kyle Hunlock.

This is the sixteenth year of the Hunlock Series. In its inaugural year in 2006 two teams were involved, the Falcons and the Hawks. The format of the competition has evolved since then. The club has over 120 registered adult players this year and a good number of new players are expected to register to play in the Series. As players sign up over the next few weeks we will know how many teams will enter the Series this year.

It will be played over three Sundays on 2, 9 and 16 October. This is later than in previous years due to BBF adult and youth postseason playoffs being played over all four weekends of September.  If Herts adult teams are eliminated in the early rounds of the Playoffs one of the Hunlock Series game days may be moved to 18 September.

Games will be played at both Grovehill Ballpark and Basing Hill Ballpark.

WHO CAN PLAY?
Any players aged 14 and over on 31 December 2022 are eligible to play in the Hunlock Series.

As in previous years, the teams will be selected by the team managers during the Hunlock Series Draft. Who will be the first round picks? How will Single-A league players and newcomers perform alongside NBL and Triple-A players?

With all of the club’s managers and coaching staff observing these games, players who have been pushing for promotion to a higher league team will have the perfect opportunity during the Hunlock Series to make a claim to play on the bigger stage in 2023.

The club has also received enquiries from many potential new members over the last few weeks and this event is the ideal opportunity for them to come and play and help them decide whether to join the club for the 2023 season. .

All Hunlock Series players will be drafted into teams. To be eligible for the Draft you will need to update your availability for ALL the Hunlock Series dates in the online Clubhouse by Tuesday, 6 September. If you miss the deadline or the first one or two weeks of games, don’t worry. You will still be eligible to play but will have to be assigned as a free agent after the Draft.

To be eligible to play in the Hunlock Series, players must be 14 years of age or above on 31 December 2022.

ENTRY FEE
2022 Herts club members do not have to pay an entry fee as the Hunlock Series is part of their membership package. If you don’t have a Hunlock Series team shirt, you can buy one before your first game. The cost is expected to be around £8. You can also exchange a team shirt if you are drafted in a different colour team.

New players or players from other clubs can play by paying the £18 entry fee which includes a free Hunlock Series shirt of the team which has drafted them.

For more details about playing in the Hunlock Series, contact us.