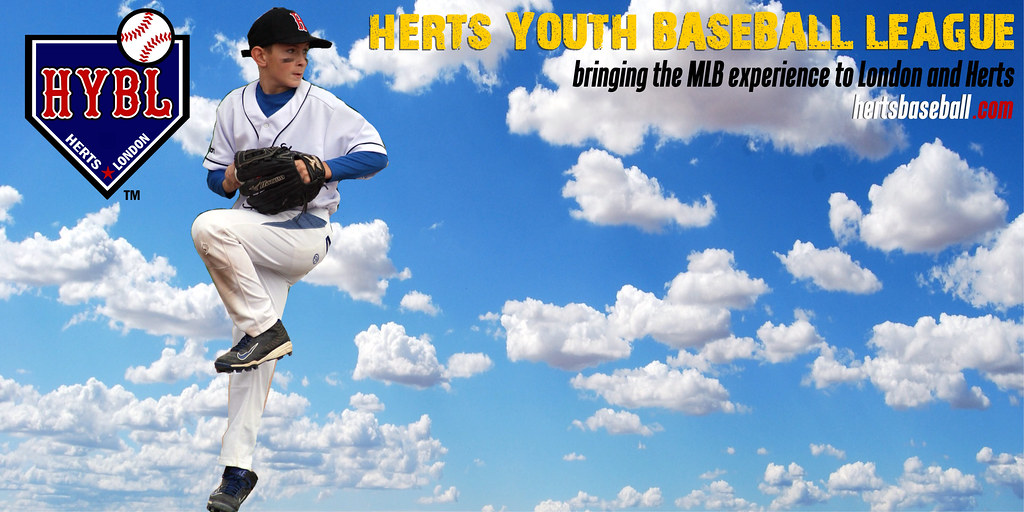 With the success of the Covid vaccination roll out, families around England are looking forward to resuming outdoor activities in April. Today’s announcement by Herts Baseball Club gives them even more to look forward to this summer with the launch of a brand new youth baseball league in Herts and London.

The Herts Youth Baseball League (HYBL) aims to bring the MLB experience by incorporating as many of the features of Major League Baseball as possible.

Children and their parents watching MLB on their TVs must have wondered what it would be like to wear those uniforms and play for a team on a beautiful baseball diamond. Or compete in playoffs surrounded by cheering fans enjoying the food and unique atmosphere of the ballpark. Even without MLB’s multi-billion dollar budget, the HYBL aims to offer the players and families an experience as close to MLB as possible.

Boys and girls aged 6 to 14, from complete beginners to advanced players, are able to join the various teams which will play in the different age divisions.

The regular season will comprise twelve games and around 75% of the season will be played at the team’s nearest ballpark to reduce travel for families. Similar to MLB, teams will be in a race to qualify for the postseason playoffs which will determine the league champions.

The 2021 game schedule for the Under-15 and Under-11 divisions of the league have been published. Visit the League website.

Last month, the Prime Minister unveiled a plan to come out of the Covid lockdown. As a sport which had a Covid-secure protocol approved by the government in July 2020, baseball clubs up and down the country are expected to restart activities from 29 March onwards.

Opening Day of the 2021 HYBL season has been scheduled for Saturday, 8 May. In the four weeks before that, children can come to the Open Days to try baseball and to help them decide if they would like to register for the season and play in the league. The Open Days will be held at both ballparks in Hemel Hempstead and in NW London.

The team managers will adopt an MLB-style Draft system to select the teams. This should ensure that all the teams are of equal strength, which should make it an exciting and a close race for the playoffs.

In an interview with the two joint Directors of Youth Baseball, Will Zucker and Aspi Dimitrov, they outlined their goal to “recreate that special baseball atmosphere in our ballparks with food, music and a lot more. We want children and their families to enjoy game days, allowing developing players the incredible feeling of playing in front of fans – similar to the superstars of MLB.”

Contact us to try baseball at upcoming Open Days

HYBL is aiming to have four league teams in each age group – two based in Hemel Hempstead and two in NW London. This will not be an easy task as the nation is in the process of coming out a lockdown so there will be bumps along the way. But Zucker, Dimitrov and the rest of the youth baseball department are optimistic that, with support from club members and the wider community, the league has enormous potential to grow into something special, “it’s crucial the league inspires support from the community to spread the word. We are asking Herts baseball families to share news of our league on social media and with their friends, colleagues and neighbours. If every club member recommends the league to two friends, we will reach our target.”

Players are now registering for the 2021 season. More information about joining the league can be found here.

To come to try baseball at no cost at one of the upcoming Open Days, or if you require more information, contact the club.