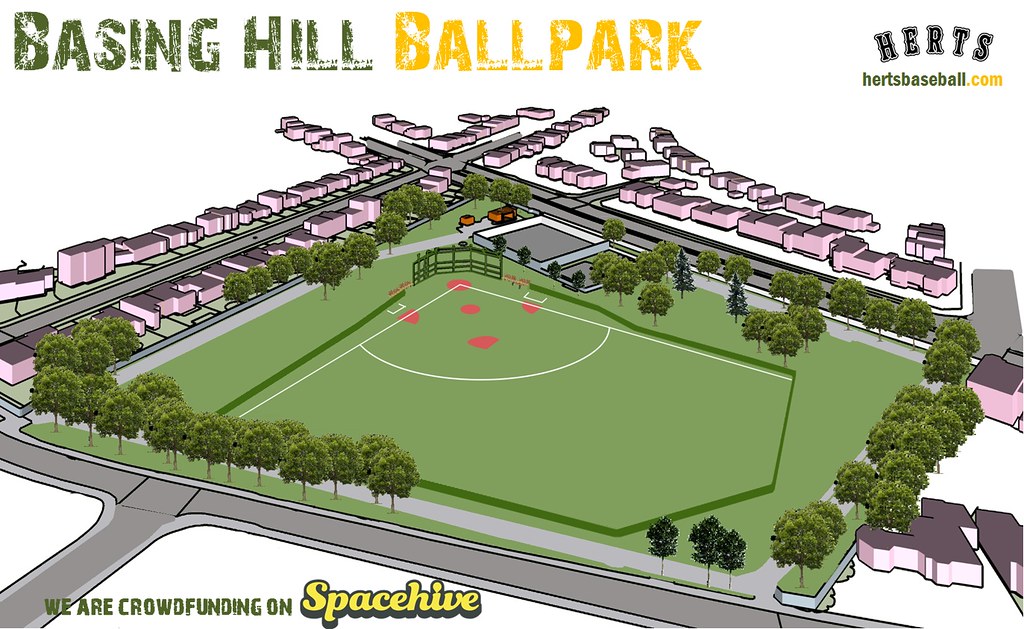 It has been a hotly anticipated few weeks as Herts Baseball Club rallied support for the Basing Hill Ballpark crowdfunding campaign on Spacehive. Facing steep competition, the club hoped to be one of the projects to receive financial backing from the Mayor of London as part of the Make London Fund. Results were announced earlier this week and sadly Basing Hill Ballpark did not succeed in its pitch for mayoral funding. Despite the setback, perhaps there is some comfort in the fact that Herts Baseball Club only narrowly missed out.

The Make London Fund had two tiers: Tier 1 for projects up to £5,000 and Tier 2 for projects over £5,000. With a target of £55,804, Basing Hill Ballpark was placed in Tier 2. Of the 35 projects that were successful in their campaigns for the Mayor’s fund, around fifteen were in Tier 2. Shortly before the results were announced, Herts Baseball Club had 120 backers which ranked it 17th out of a total 98 projects.  Although the decision is not based entirely on the number of backers, it must have been very close.

And let us not forget the very worthy projects we were up against, from cookery schools supporting social integration, which received a pledge from the Duchess of Sussex, to projects tackling loneliness and homelessness. Club President, Aspi Dimitrov, congratulated all the other projects and said that, “although this is a setback, we are determined to build this baseball venue. Apart from the Mayor of London, we have pitched to several other organisations such as the London Borough of Barnet and are continuing to approach other potential backers as part of our crowdfunding campaign”.

There is no denying that missing out on the Make London Fund, with its potential to back up to 50% of the project, was a blow. But the club has not given up. Although holding considerably smaller funds, backing from the London Borough of Barnet is still a potential source of financial support, and with 53 days left to reach its crowdfunding target, Herts are doing everything they can to reach out to other organisations and potential backers.

To date, the campaign has received pledges amounting to £12,123 which is 21% of the £55,804 target. If the campaign fails to reach the target by the deadline all of the pledges will be cancelled and no payments will be taken. The club hopes it does not come to this and will continue to promote the unique and exciting project that Basing Hill Ballpark is. It is also becoming more necessary. One development which emphasises the importance of the project is this week’s launch of the club’s brand new youth baseball league. This will see boys and girls aged between 6 and 14 playing games in Basing Hill Park and at the club’s existing Grovehill Ballpark baseball complex in Hemel Hempstead.