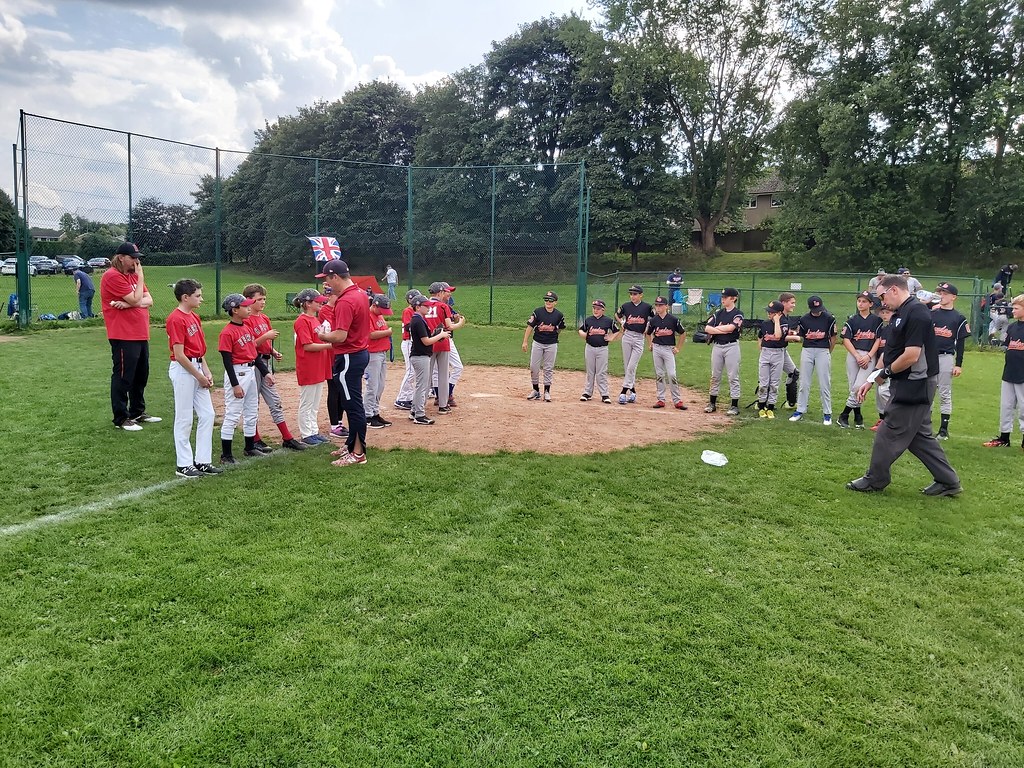 Herts Baseball Club entered five teams into the BBF U18, U15, U13 and U11 National Baseball Championships. As expected, they came up against more experienced teams so the odds were stacked firmly against them, but that didn’t seem to faze the Herts boys and girls.

Two Herts teams competed in the U11 division – Herts Falcons U11 made up of players from its Hemel Hempstead branch and Herts Londoners U11 representing its NW London branch. Both had closely-fought encounters with LYBL U11 and London Mets U11 but those two teams made it to the final which the Mets won 8-7. It would have been interesting to see what the outcome would have been if Herts had entered an all-star team selecting the top players from the Falcons and Londoners.

LYBL U13 proved too strong for all teams that came up against them. They overcame the Mets U13 by 19-1 in the Final.  The Herts Falcons U13 was a combined squad with players from the club’s Hemel Hempstead and NW London branches.  Although they couldn’t cope with LYBL, they were in control against London Sports U13 in the first half of the game but four runs in the last inning cost them.

The Herts U15 team were expected to struggle as they were missing key players, but they came very close against both the Mets and London Sports, losing 8-13 and 7-10, respectively.  Once again LYBL dominated and they went on to lift the trophy.

Heavy downpour in Surrey halted the U18 contest with the semi-final between Herts Falcons U18 and LYBL U18 finely poised at 0-0. The game was suspended in the bottom of the third inning with one out and it will resume on a date and at a venue which will be confirmed by the BBF in the coming days. There are signs that the Herts team, led by co-managers Colin Barrett and Duane Badenhorst, could cause an upset and progress to the Final.

Herts launched its own Herts Youth Baseball League this year which saw an influx of new youth players join the club, the majority of whom are playing baseball for the first time in their lives this year.  The weekend’s action showed that there is enormous talent in the Herts youth teams and it is now for the club, the coaches and the players to realise that potential in the coming years.