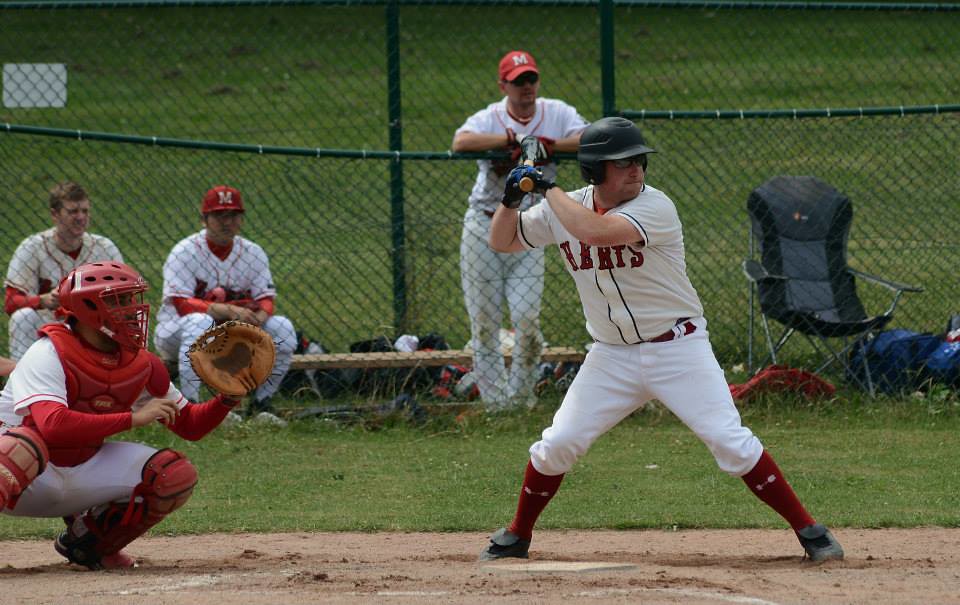 The 2021 Hunlock Series Draft was completed on Tuesday night. The managers of the teams had a plethora of talent to choose from with 72 players drafted over 18 rounds.

On a toss of a coin, the Black team had the first pick. Manager, Matt Bell, selected Herts Falcons catcher, Lee Manning (pictured above).

Next up was the turn of Blues manager, Mike Wakelam. With his first pick he selected Herts Falcons outfielder and first baseman, Michael Cresswell.

The third team to make their pick were the Greys managed by Brad Charalambous. He went for Herts falcons pitcher and infielder, Will Zucker.

Reds manager, Aspi Dimitrov, picked catcher Bryn Coughlan (pictured above right) who will be making his long-awaited return to baseball after injury.