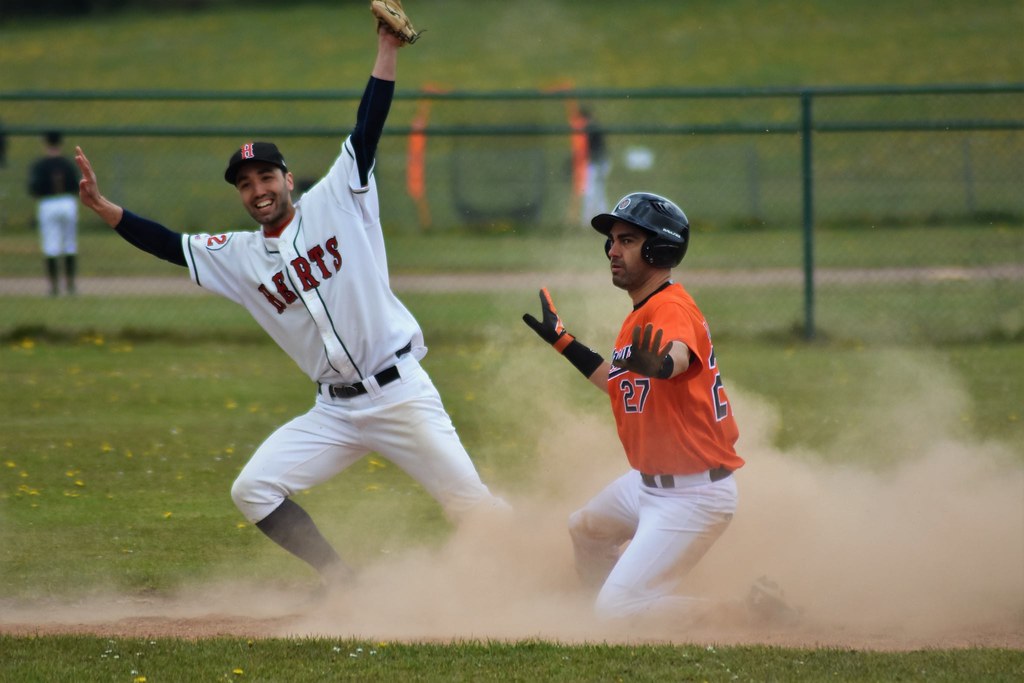 The Most Valuable Players (MVP) of the ten Herts adult and youth teams have been announced.  The players of each team voted to determine their team’s MVP so the results reflect who the players consider to have been the most influential members  this year.

The Falcons voted for Will Zucker who led the team not only as a player but also stepped in as interim co-manager alongside Mike Cresswell in what was a very challenging year for the team. Jack O’Brien has made big strides over the last few years and this has been recognised as he was voted the Hawks MVP. 14-year-old Harry McMenamin was the Raptors MVP in what was his debut year in the BBF senior leagues. There could be no question about the Eagles MVP where Mike Wakelam led not just the team but the entire league with 9 home runs.  He also led the team with a .667 batting average and 1.444 slugging average. Cory English was the Londoners MVP. He made his BBF league debut with Herts this year and in just a few months has become one of the most popular players around the league, not to mention his spectacular fielding which produced multiple nominations for Play of the Year.

The Herts U18 team voted Josh Badenhorst as the MVP after his outstanding pitching performance in the Semi-Final of the U18 National Championships. That game was suspended halfway through and is expected to resume in the Spring so he has some unfinished business. Harry McMenamin was the U15 MVP while Lucas Hao was the U13 MVP after a dominant display which almost gave Herts a win over LS.  The Herts U11 league home run leader Connor O’Neill-Thompson was voted Herts Falcons U11 MVP and Cosmo English of the Herts Londoners U11 became the second member of his family to be voted MVP this year.

Dale Hardwick’s canon throw from centerfield was voted Play of the Year in a close race with Connor O’Neill-Thompson and Rory Graham and Cosmo English and Simon Painvin who turned a triple play in the U11 national championships group stages.

The winner of the not-so-coveted Nob-Out Award was Mike Cresswell who managed to fall on his face while being filmed by a high-tech 2-man camera crew and a microphone attached to him for a promotional video. The club is trying to obtain the video from the tv crew.

The club doesn’t have a personality of the year award but, if it did, it surely would have gone to 6-year-old Mason Barnaby. He was already recognised during the trophy presentation at the end of the Herts Youth Baseball League season for an outstanding act of sportsmanship. During one of the championships-deciding games he asked the umpire for time in order to run to the team bench area to encourage his teammate Owen Ridgway to rejoin the game after he had picked up a knock earlier in the day. He is one of the youngest members from the new generation of players who joined the Herts youth baseball programme this year and after the end of the season he has been involved in raising awareness of diabetes. He was on BBC radio to talk about diabetes and playing baseball. (Click to listen on BBC Sounds)