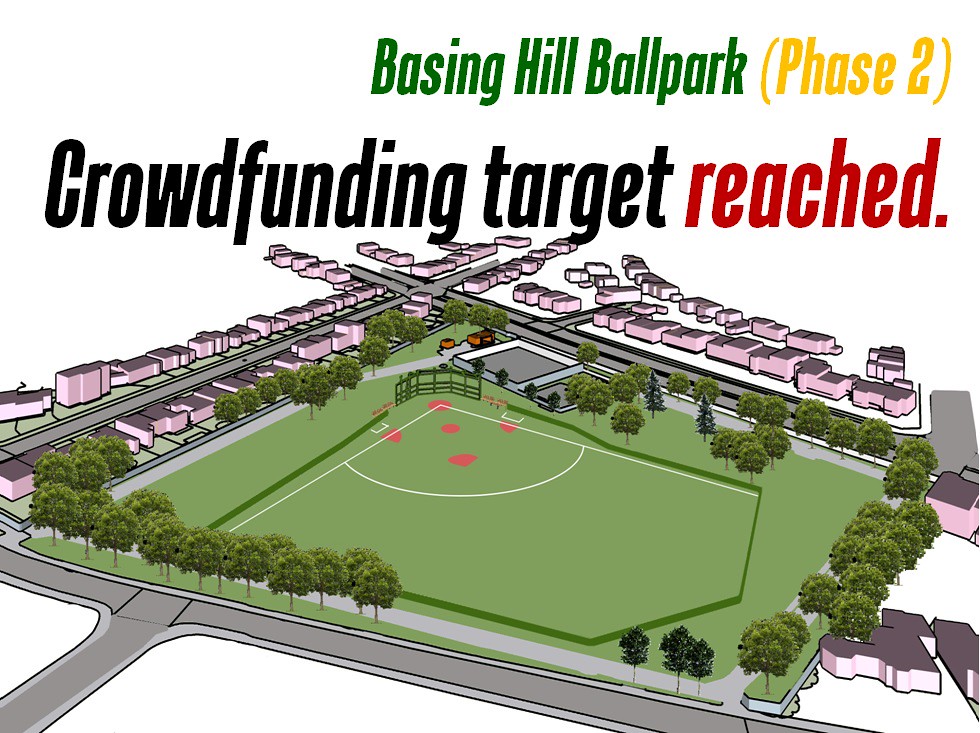 With the fantastic support and generosity of club members, Sport England and the wider community, today we reached the Basing Hill Ballpark (Phase 2) Crowdfunding target of £20,068.

This now makes it possible for the club to install the backstop, infield perimeter fence and the infield cutout clay areas around the bases and the pitcher’s mound. We hope that we can replicate at Basing Hill Ballpark the growth and the wonderful programmes which we built at our Grovehill Ballpark branch in Hemel Hempstead over the years.

There were several critical moments over the four weeks of this campaign when there was very little light at the end of the tunnel and the project seemed impossible, but club members and supporters mobilized friends, family, neighbours and colleagues and generated vital momentum for the campaign in those critical moments.

Over the next few days, we will start the process of distributing the rewards which supporters picked up as part of their donations.

The next step is to go through the formalities with Barnet Council and book the contractors to implement the installations. We hope that we will be able to complete it by the end of May. We are relying on contractors and the Council and hopefully we can deliver the project without any major delays.

We will keep everyone updated.

The crowdfunding campaign is still live in case any other supporters would like to make a donation.  A number of rewards are still available to pick up. Any extra funds that we raise above the original target can be used to add items such as team benches, field equipment and other upgrades around the park.

Thank you for the amazing support.