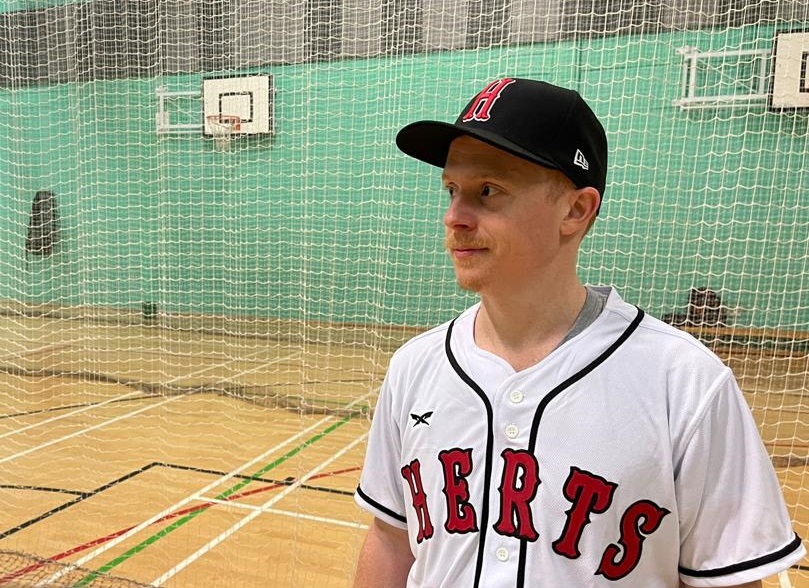 The wait is over for the newest team in the Herts Baseball family, the Herts Cardinals. They will play their first ever BBF league game this Sunday, May 1st. Their Triple-A league campaign starts on the road at the Bournemouth Bears (4-2).

As we build-up to the team’s season opener, we had a chance to chat with Cardinals player-manager, Brian Dearing.

Q: Welcome to Herts Baseball Club.  After a number of years playing elsewhere in British baseball, how are you feeling about the new start?

A: I feel very good about move to Herts, the club has been incredibly welcoming and supportive. I’ve heard it over and over from members of the team, they feel at home already and we can’t thank Herts enough for everything they have done to make our transition a success.

Q: As several players from last year’s London Mammoths roster have joined, the Herts Cardinals roster already seems to have strong foundations.  What are your expectations for this year? Do you think the team can hit the ground running and be involved in the Triple-A playoff race in their first season?

A: First, I would say my main goal this year is to make sure our club transition is a complete success for the players, I believe our team is possibly the strongest it has ever been. Our entire roster moved to Herts, and we have had some tremendous ball players participate in our try-outs. We have already hit the ground running, and feel confident that we will be a competitive and fun team to play in 2022.

Q: Herts fans are excited about the Basing Hill Ballpark project and the club is currently raising funds for the second phase. Whether in MLB, NFL or the Premier League, clubs get enormous injection of energy when they move into their new home.  Basing Hill cannot compare to those enormous sports venues but do you think that there could be a similar effect for Herts players?

A: I can only speak to the Cardinals, but we are both moving venues and clubs. I think that we’ve got a huge injection of energy. The team is very motivated right now to train, improve, be competitive, and win a championship (or make a playoff run). 2022 is going to be a lot of fun.

Q: If everything goes to plan, the ballpark is scheduled to open in May and as a result the Herts Cardinals have to play their first few league games away from home.  Would this have an effect on the team’s plans?

A: We are really excited to play on the newly renovated Basing Hill field, and the BBF has very helpfully organized around the construction timeline so there is no effect on the team.

Q: When you moved from America you spent some time playing for the Edinburgh Cannons. Our players and fans might not be very familiar with the Scottish League and would be curious to learn how baseball in Scotland compares to the British baseball leagues.

A: Scottish Baseball is a blast, and is run by some great characters. There is only one “level”, so there is huge diversity on each team in terms of baseball ability and knowledge, which is fun and challenging! Overall, they’ve got a lot of dedicated players, and good access to equipment. I never expected that when I moved to the UK from the USA!

Q: You experienced baseball both in the United States and in the United Kingdom. Are there elements that are very effective in growing the game in the US which British clubs should put greater emphasis on?

A: I think an emphasis on high quality fields, and access to practice facilities, would bring a greater level of seriousness to the game. I think also that there are so many baseball-player transplants in London that just don’t know they could play baseball in London or the UK, so ways to market our club and federation would be a great start.

Q: Finally, do you have a message for Herts baseball fans ahead of the 2022 season?

A: We look forward to meeting you and enjoying the new Basing Hill facility together!