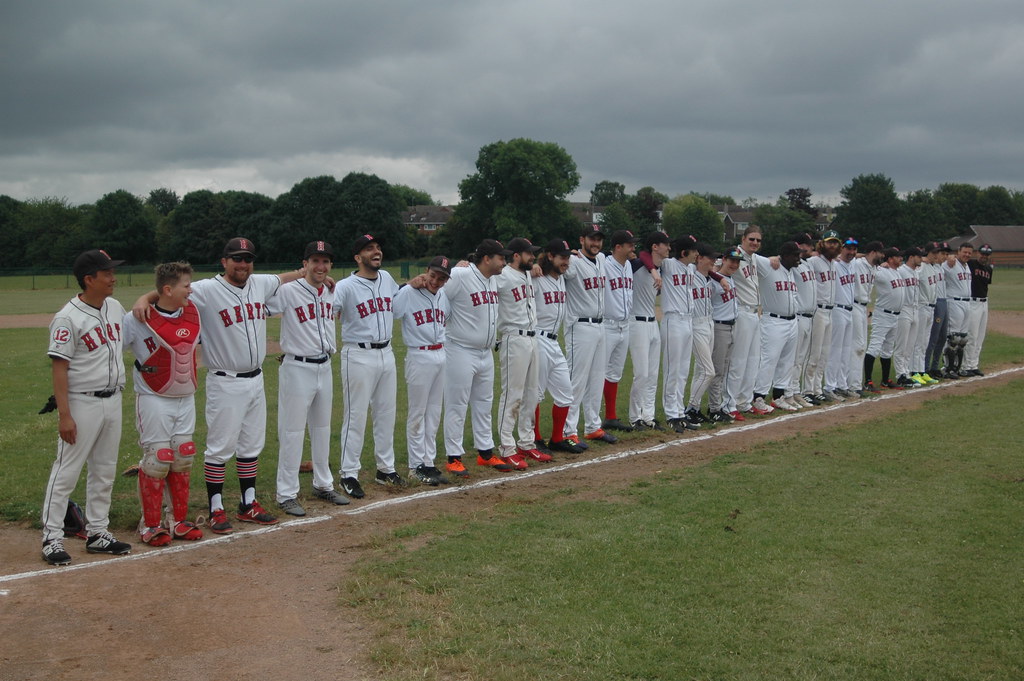 The British Baseball Federation (BBF) has announced the Playoff matchups confirming that the Herts Hawks and Herts Londoners will face each other in the quarter-finals of the BBF Single-A League Playoffs.

The Hawks have dominated their division and booked their place several weeks ago.  The Londoners played their final games of the regular season on 14 August and at that point they were almost certain of a place in the Playoffs regardless of what the reigning Single-A League National Champions, the London Mustangs, did in their remaining games by virtue of a better run differential in the direct games between the two teams.

Herts fans had to endure a tense afternoon on Sunday waiting for game updates as the Minotaurs put up a real fight against the Bracknell Inferno but the division leaders came back late in the game to win it which confirmed Herts Londoners’ place in the Playoffs.

The Playoff matchups were determined based on the seeding of the teams in the regular season league standings which paired the Herts Hawks and Herts Londoners against each other. The higher seeds are designated as the home teams.

All three games were scheduled to be played on Saturday, 3 September, at the home of the Kent Buccaneers in Hadlow, Kent.

In view of the two Herts teams being drawn to play against each other and given the cost of living crisis which players and fans are facing at the moment, last night Herts Baseball Club submitted an application to the BBF to move the game to Grovehill Ballpark in Hertfordshire and avoid Herts players and fans spending hundreds of pounds on fuel.  The application also requests the game to be moved from the Saturday to the Sunday, 4 September, to avoid a clash with youth baseball events.

The club is awaiting BBF’s decision and will keep supporters updated when a confirmation is received.