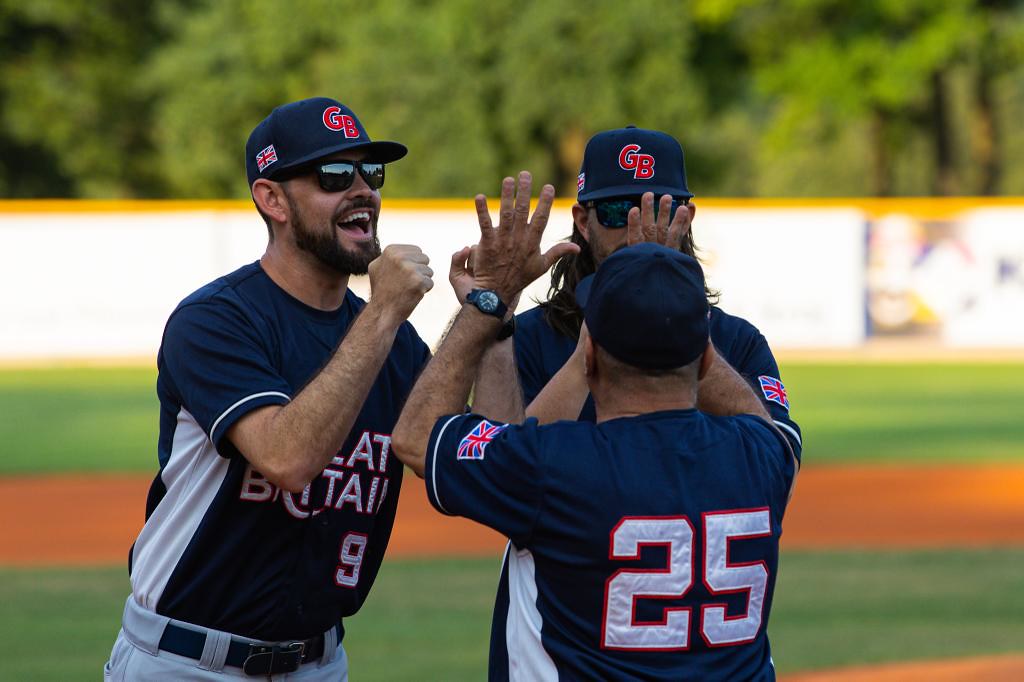 Herts Baseball Club and Legends Baseball Club have announced that they will link up with a view to entering two teams in the National Baseball League (NBL) which is Britain’s highest league.

The  teams  will be known as  the Herts Legends and the Herts Falcons. Both teams will be affiliated with Herts Baseball Club.

The two clubs worked closely together during the 2022 season. There were two Legends teams in the NBL – Lancashire Legends and London Legends – which were both hosted by Herts at Grovehill Ballpark in Hemel Hempstead. Herts had decided to withdraw its flagship team, the Herts Falcons, from the NBL after a difficult 2021 season.

The two organisations are delighted to now be working even closer together.

The Herts Legends will be managed by Great Britain U18 national team manager and president of Legends Baseball Club, Jonathan Rodriguez. Under his leadership, Legends have had more players selected by GB teams than any club in the country since 2020. Their mission statement is to give players a pathway to compete at the highest levels in the UK and Europe.

The coaching staff of both the Herts Legends and the Herts Falcons will be evaluating players and planning their rosters when Spring Training commences.  Apart from returning 2022 Lancashire Legends and London Legends players, we expect to see Herts and other players from around the UK and overseas try out for a place on these two NBL rosters. To express interest in trying out with the Herts Falcons and Herts Legends click here.

In 2022 the two  Legends rosters featured twelve players who have played for Herts in previous years so they will find themselves in familiar surroundings in 2023.

Legends President, Jonathan Rodriguez, said: “After reflecting on the past three years, it seemed like a no-brainer to merge with Herts Baseball Club. Working together, Herts and the Legends will be in a much stronger position to get to the next level. We hope the strong infrastructure Herts has built over the years will facilitate and grow the Legends project, which is to provide young baseball players in Great Britain a place to develop into national team, college or professional baseball players. We are excited to see what the future has in store for us.”

Herts president, Aspi Dimitrov, said: “We look forward to welcoming the Legends coaches and players to Herts as well as new players who decide to join us in this exciting project further details of which will be announced over the coming weeks. Our task as a club is to provide a professional environment for the teams to work and develop in and see a ripple effect across the entire club, including the Herts youth baseball teams.”

About Legends Baseball Club: The Legends Baseball Club was founded in 2012 by Jonathan Rodriguez. Today it comprises two teams in California, United States, and two teams in the United Kingdom. The Club has helped produce 17 MLB Draft selections. Jonathan Rodriguez currently serves as the Great Britain U18 National Team Manager and as an assistant coach for the Great Britain  U23 national team.  He also works for Burnley Football Club, is a lecturer in Sport Coaching & Leadership at the University of South Wales and is head coach of the University of Central Lancashire baseball team. For more information visit the Legends Baseball Club website.

About Herts Baseball Club: Herts Baseball Club was founded in 1996 in Hemel Hempstead, Hertfordshire, and has grown into one of the largest baseball clubs in the UK.  Its nine teams play in the various adult and youth leagues of the British Baseball Federation. Over the years, the club has invested into the expansion and upgrade of Grovehill Ballpark in Hemel Hempstead and in 2019 the club opened a branch in north west London where they built Basing Hill Ballpark. Herts has featured  on BBC and other television channels and is frequently heard on several radio stations. For more information visit the Herts Baseball Club website.