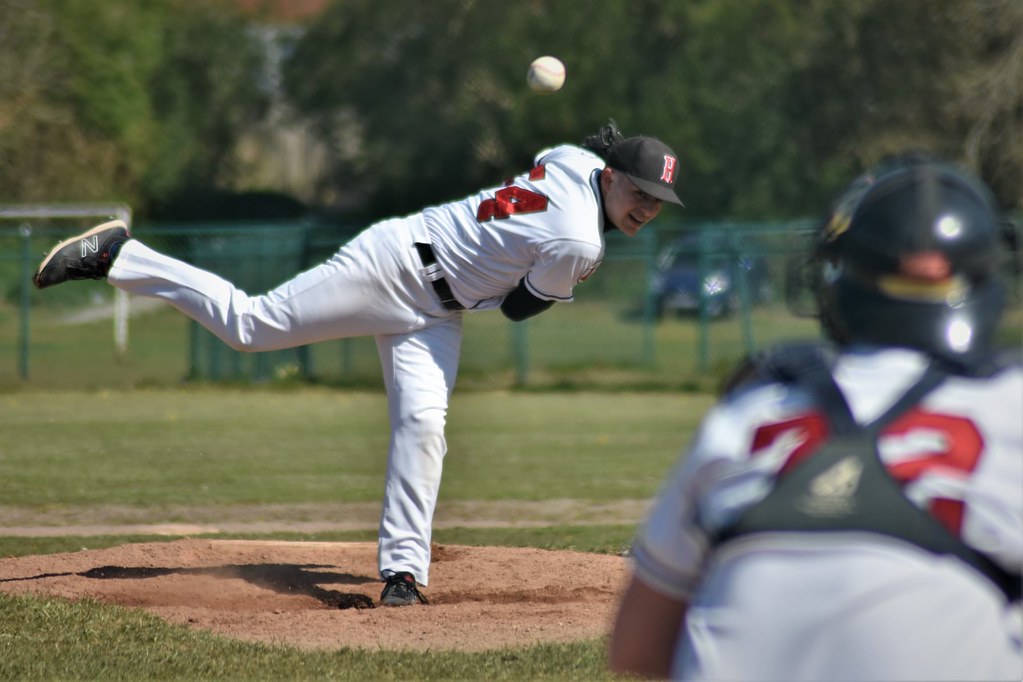 The last British baseball league game was played twenty months ago. The wait is finally over as baseball teams up and down the country are gearing up for the Opening Day of the 2021 baseball season this Sunday.

The league schedules produced some enticing matchups for the five Herts teams. The Herts Falcons open the season at home against the Essex Arrows. The two teams in fact faced each other this last weekend as part of the Herts Spring League. The Falcons came out on top with a 7-6 win but the pre-season games are not always a good predictor for the season ahead as managers often use these Spring League games to evaluate new players in different roles.

In the Double-A League, the Herts Hawks start their campaign on the road against the Oxford Kings. This will be manager Tetsuro Shinkawa’s (pictured above) first official league game as a manager at Herts and his roster is expected to feature many players who will be making their first appearance in the third tier of British baseball.

The Herts Raptors are also away this Sunday.  They face the Essex Redbacks who finished above them in 2019 and new Raptors manager Ken Pike will want to get off to a good start in the race for the Single-A playoffs.

The Raptors are one of the three Herts teams in the Single-A Central division.  The other two are the Herts Eagles and Herts Londoners who will face each other at Basing Hill Ballpark in the first of many Herts derbies this season. In fact there will be at least one Herts derby in each month of the regular season from May until August, but two dates stand out in particular. On May 30 and August 8 all three Herts teams will be playing at the same venue in back-to-back games which are expected to attract bumper crowds, with social distancing of course.

The season is about to begin but new players are still registering to play and the managers have deliberately left room in the rosters at all league levels, in order to be able to welcome new players, from beginners to advanced, throughout the year.  For more details about joining the Herts adult and youth league teams or to try baseball at a free open session, contact us.