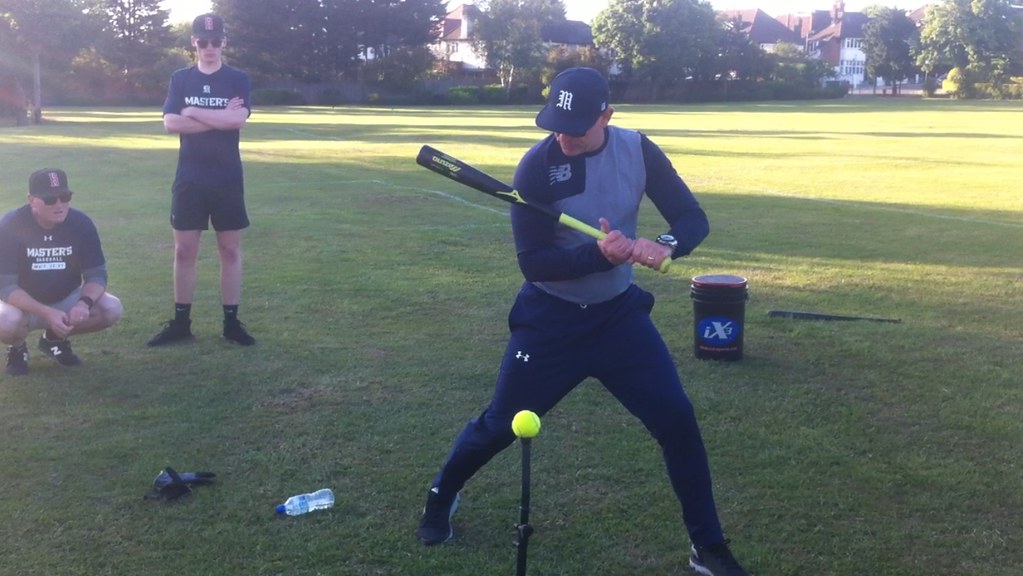 In June 2019, just ahead of the MLB London Series between the Boston Red Sox and the New York Yankees, Herts baseball players had the rare opportunity to be coached by Monte Brooks, head coach of The Master’s University baseball team with over 700 college wins.

He was accompanied by a number of player-coaches from his university. One of them was Matt Davis (pictured above, far left). This week it was confirmed that he will be back working with Herts players during the Wednesday evening baseball sessions at Basing Hill Ballpark twice a month over the next three months, starting tomorrow, Wednesday, 9 June.

Matt Davis specialises in pitching but he will also cover other aspects of the game with the Herts players this summer.

Although these sessions are for club members only, new players are able to come to one of these sessions to try baseball and to help them decide if they would like to join the club. Contact the club to book a place at an upcoming session.