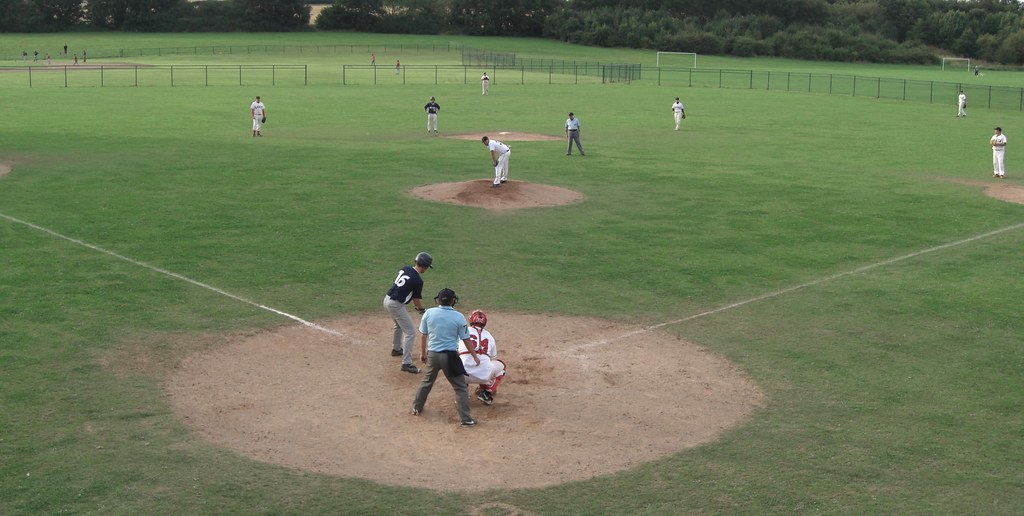 Herts Baseball Club has submitted its bid to host 2021 Postseason Playoff games in the adult leagues of the British Baseball Federation (BBF). If the BBF awards any of these events to Herts, they will be staged at the club’s Grovehill Ballpark in Hemel Hempstead.

The events which clubs are invited to bid for include the Wild Card Playoffs and National Semi-Finals and Finals of all four BBF league tiers, from the Single-A League to the National Baseball League (NBL).

Grovehill Ballpark has previously hosted the National Baseball Championships (NBCs) in 2010 and 2012.  In 2013 the national baseball and softball complex at Farnham Park was constructed and these NBC games were held at that venue since then.

However, the costs of staging these events at Farnham Park are proving to be very high and the BBF has decided to open the opportunity for clubs to host these high-profile events at their own ballparks similar to how the Football Association held England national team and Football League Playoff Final games around the country while the new Wembley Stadium was being built.

Herts Baseball Club has also expressed interest in hosting the National Youth Baseball Championships and is awaiting details from the BBF of the bidding process.

The Postseason games will be played in September. The exact game schedule and the successful bidder(s)  will be announced by the BBF in the coming weeks.