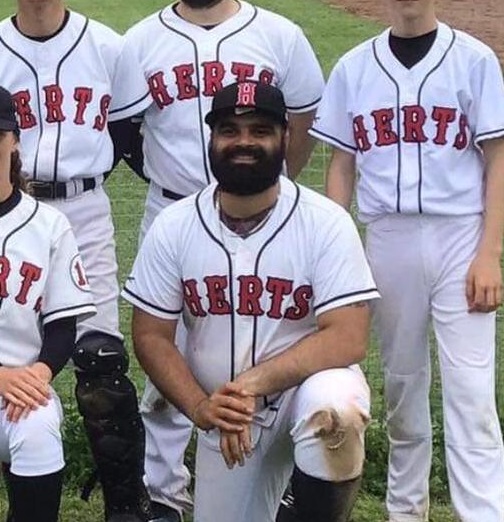 Earlier this month Herts Hawks player-manager, Tetsuro Shinkawa (pictured below), was informed that he will have to undergo a non-baseball medical procedure and he is expected to require a period of recovery after it which will keep him away from baseball.

Everyone at the club hopes that the procedure will go well and that Tets will be back to full fitness quickly after that.

The club has just announced that Kyle Purewal (pictured at the top) has been appointed as the new player-manager of the Herts Hawks.  The 28-year-old joined the club at the start of this season having previously played in Canada and in the UK with Bracknell. Since joining the club in the Spring, Purewal has also been actively involved off the field taking on a role in the club’s media department.

His first game as Hawks manager is this Sunday, 27 June, when the Hawks will host the Essex Archers at Grovehill Ballpark in Hemel Hempstead. First pitch is at 12pm.