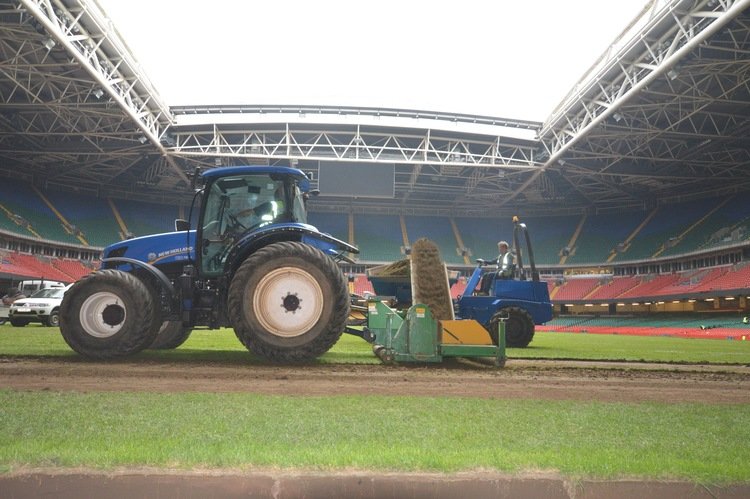 Earlier today Herts Baseball Club confirmed that they have appointed Inscapes as the contractor for the Basing Hill Ballpark project. They are a company with extensive experience in this industry and among their clients are some high profile venues such as The Millennium Stadium in Cardiff (video below), Plymouth Argyle Football Club, Gleneagles Golf Course, Hampton Court Palace among others.

They are scheduled to commence work at Basing Hill this Friday, 10 September.  The project is almost identical to Herts’ 2009-2010 project of building Diamond One at Grovehill Ballpark in Hemel Hempstead.

They will first spray off the playing area and a week or two later will cultivate, re-grade and level the field before they plant the new grass seeds.

It is expected that the new grass playing surface will be ready for its first baseball league games in May 2022 in time for the new season.

Below are images from some of the projects implemented by Inscapes.