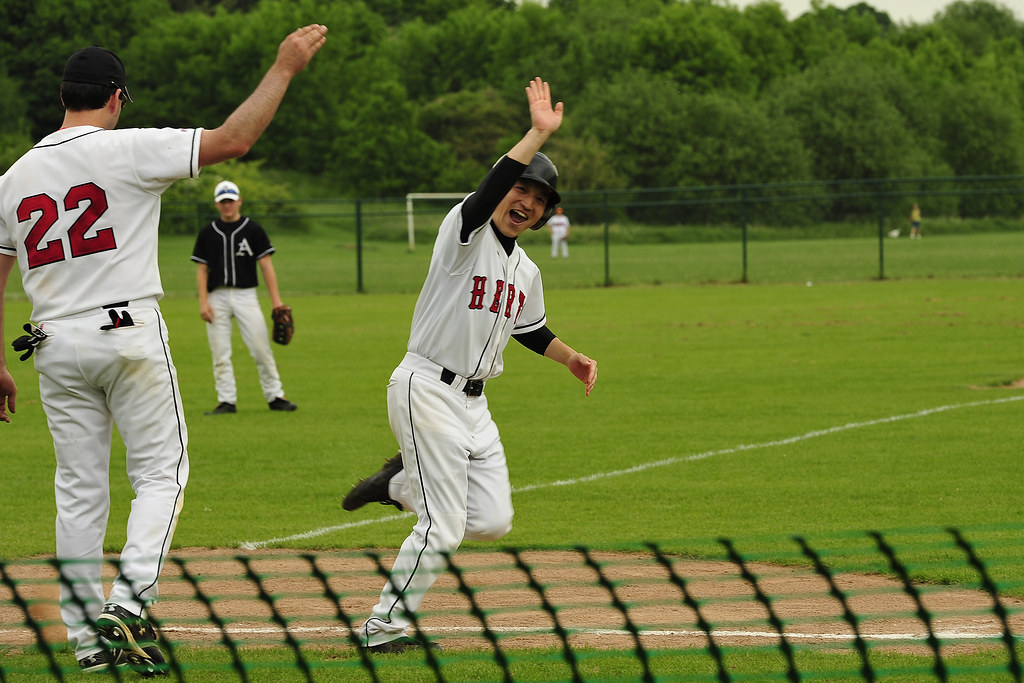 This article was written by Aspi Dimitrov

One of the central topics of discussion among members of Herts Baseball Club, not just this year but over the years, has been competitiveness on the field. It will be covered at the upcoming Annual General Meeting and this article aims to outline the obstacles that we face and the way forward.

2021 was a difficult season particularly for the Falcons in the National Baseball League (NBL) and the Hawks in the Double-A League.

The Hawks found themselves in the awkward position of having to decide which league to enter before the newly appointed manager had the opportunity to see the players and assess the roster because the BBF league entry deadline came while we were still in lockdown and before players reported back for Spring Training.  Playing in the Double-A League was asking too much of that roster and we should make sure that we prevent this from happening in the future as it resulted in an unsatisfactory experience for the members of the team. Next year, if the Hawks roster is of similar strength, they can address the problem by playing in the Single-A League where they would be in a much better position to compete and develop players. Of course there is a lot more involved in building a baseball team, but placing it in the most suitable league will provide the right environment for the players and the coaching staff to work in.

We now have the advantage of potentially having four Single-A teams – two in Hemel Hempstead and two in NW London. This opens up the option for the Single-A managers to build one of those rosters to compete for the championship and the other to develop new players. Whether the teams adopt this approach is for the team managers to determine but club members will be able to discuss this at the upcoming AGM.

For the Falcons the solution is more complex. The last BBF season prior to this year was 2019. The roster at the time was made up of 24 players. Only two of those 24 players are still with the team today.  This decline in numbers was not due to Covid. Herts saw growth in its other adult baseball teams both in 2020 and in 2021. Other British clubs also recorded growth between 2019 and 2021 with two brand new NBL teams appearing on the map. So many Herts players are now playing for other teams in the NBL and in other leagues. Some would say that other clubs have unfairly stolen our players. I look at it differently. If we lose players we should look at ourselves. Did we offer the best baseball experience and product? What did these players find at other clubs that was missing at Herts?

This year was a record year for the club. We reached the milestone of 200 adult and youth club members, a 44% increase from the 139 members in the previous year. Although we have been extremely successful at growing and introducing new players to the game of baseball, we have not been as good at attracting and retaining the more advanced players. We have become a feeder club for other NBL teams. The British baseball landscape is evolving rapidly and perhaps we didn’t recognise the changes around us but we have to be honest with ourselves and accept that we have not been offering what is demanded by players who are aspiring to develop and reach the next level.

Between 2013 and 2017 we were a feeder club for the advanced European clubs.  Xavi Gonzalez (Stuttgart Reds, Germany), Maikel Azcuy (Berlin Flamingos, Germany), Cris Hiche (Dornbirn Indians, Austria) and Conner Brown (Cologne Cardinals, Germany) all signed semi-professional contracts with those respective clubs.  Since then, under the positive influence of the GB programme, the NBL teams around us have stepped up their efforts and have overtaken us.

Players will always aspire to realize their full potential and play at a higher level, but we want to progress from being a feeder club for British teams to being a club where we not only close the gap on the European teams but we overtake them and they become feeder clubs for us. It means players can play with Herts knowing that they do not have to go through Europe to have a shot at playing in America or other leading baseball countries.

This will not happen overnight. It is a gradual process which started this month. With Cris Hiche stepping down, the first and very important step is to appoint a new team manager. It needs to be someone who can see through the noise and recognise the enormous opportunities and potential of our club. Someone who can put the right structure in place to enable players to develop through the system. To succeed, all of our teams need to work closely together, from the NBL team and the lower league teams to, very importantly, the youth programme.

Winning off the field

But it will take a lot more than this. While our team managers focus on finding a way to win on the field and developing players to their full potential, my focus will be on off-field operations. I am exploring ways of generating additional revenue streams for the club which we can re-invest into club facilities and improving the product which we are offering to adult and youth members. I hope, in time, that we can reach the stage where we generate enough additional revenue to be able to offer semi-professional contracts to players.

From my perspective, the final scores will be just as important as the number of people that come to Grovehill for the seven NBL home games that the Falcons will play each season. The aim is for the Falcons to attract, and play in front of, the largest audience in the NBL. Of course, people will not come to the ballpark if the Falcons struggle on the field as they did this year.

In 2012 MLB players came to London to run clinics for British boys and girls. If our plans come to fruition, Herts youth players will be able to work with high standard players and coaches much more regularly.

Our club does not have a billionaire investor. One or two NBL teams have explored the option of paying an import player and we have seen a big club like the Southampton Mustangs go bankrupt and they no longer exist. We must not gamble with the club’s future. We have to maintain our financial discipline and make sure that our team departments balance their budgets. But if we manage to generate these additional revenue-streams we can start to explore the option of bringing in high-calibre players not just to play but also to coach the youth programme and the other adult teams. There are many factors and moving pieces so there are no guarantees about the level of additional revenue which we will manage to generate, but it will be interesting to see if we can do it.

Of course this focus on competitiveness does not mean that the club will neglect beginners who join the club.  In football and other mainstream sports the tendency is to select those who can compete at the highest level and say goodbye to the rest. Our club has a completely different approach and ethos. We welcome everybody and everyone plays. We have to put in the hard work to help players to develop. This will enable us to increase the competiveness of our teams as a whole and in such a way that every player has a role to play which is fulfilling and contributes on the way to the playoffs.  We have seen Herts players progress from Single-A to the NBL in just a few years. It is not easy to achieve, but it is not impossible.

Many join the club because they enjoy the social side of the game and the family atmosphere around the club and we must never lose this. This applies equally to our adult and to our youth teams.

It is important to emphasise that the goals that are being set will not be reached overnight. We will be trying a new model and there will be many setbacks before we get there, but the work has started already and club members will play a key role in this.  The coming years will certainly be interesting for everyone connected with the club.