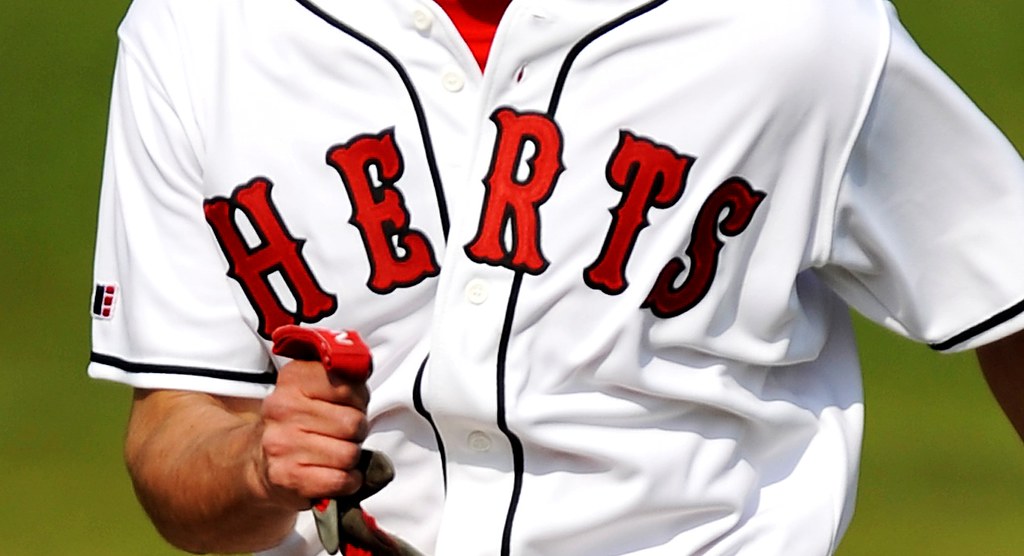 Herts Baseball Club has announced that they will enter a new team in the BBF Triple-A league for the upcoming 2022 season. The name of the team is the Herts Cardinals.

The team will play their home games at the club’s Basing Hill Ballpark in North West London which is currently under construction and is scheduled to open in late April or early May.

The team will be managed by player-manager Brian Dearing (pictured above right) who brings with him many years of experience playing in the United States and the United Kingdom. He grew up in Michigan where he played on his high school varsity team.  His education and professional career took him to the United Kingdom where he practices as a lawyer, but he continued  to play baseball, initially with the Edinburgh Cannons in the Scottish league and then, after moving to London, with the London Mammoths between 2016 and 2021. The Mammoths qualified for the playoffs in four out of those five seasons. In his last two years with the Mammoths, Brian served as one of the co-managers of the team. They reached the Triple-A league playoffs last year where the team lost to Vetra who went on to win the Triple-A championship and promotion to the National Baseball League.

There have been a number of Herts teams which have played at the Triple-A league level over the years.  In 2008 the Herts Falcons became Triple-A national champions and won promotion to the National Baseball League.  In 2010 the Herts Eagles reached the Triple-A national semi-final.  The club’s last team to play in Triple-A was the Herts Londoners who missed out on a place in the 2019 playoffs when a ruling by the league on the incomplete regular season schedule went against them.

Places on the Cardinals’ roster are still up for grabs and existing Herts players or new players can contact the club to try out with the team. The preliminary squad will be confirmed later this spring ahead of the Herts Spring League. The Opening Day roster will be published shortly before the team makes its Triple-A league debut on 10 April. After Opening Day, there will still be opportunities for players from the Herts lower league teams to be called up to the Triple-A team or for Herts NBL players to be assigned to the Cardinals for development.

Adult and youth players now registering for the 2022 baseball season

The club has been having talks with candidates about the vacancy for the Herts Falcons manager in the National Baseball League and hopes to have an update on this as we approach the BBF league entry deadline. The club will also have news about all its other team entries for the 2022 British baseball season.  Last week the BBF announced that the deadline has been extended to midnight on 11 February so Herts have a little more time to make these key decisions.