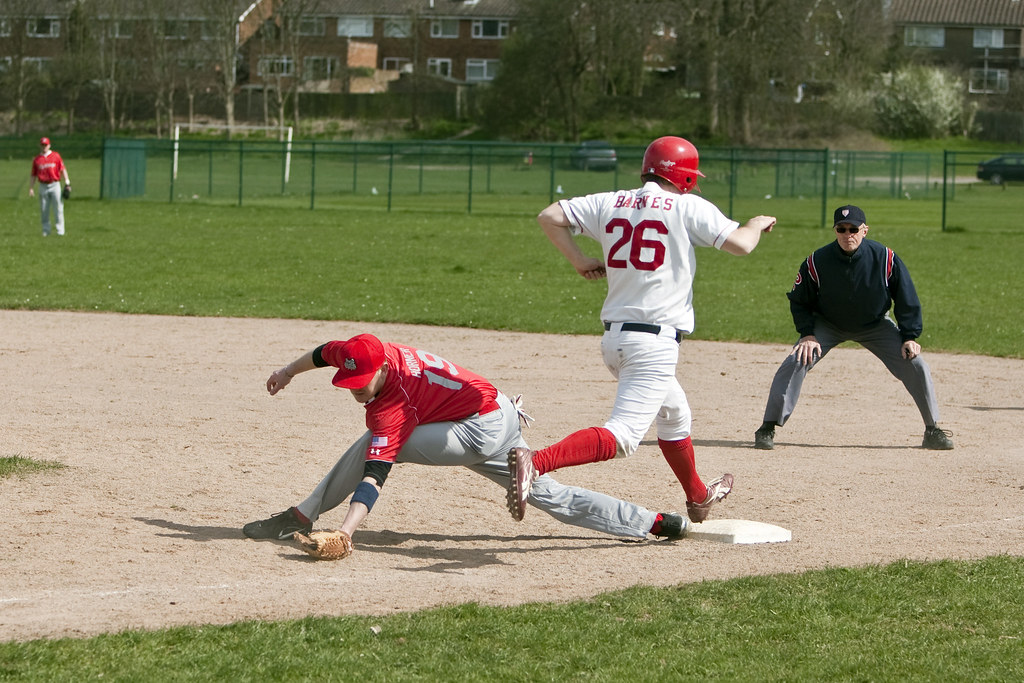 The biggest pre-season baseball competition in Britain is back. Commencing on March 19, the Herts Spring League (HSL) will see 19 teams compete over the 3 weeks of the HSL. Organised by Herts Baseball Club, it is Britain’s version of MLB’s Grapefruit and Cactus Leagues currently under way in the US, and it signals that the season is just around the corner.

The 19 teams will be entered into three HSL tiers – NBL, Double-A and Single-A.

The action will take place on the two diamonds at Grovehill Ballpark in Hemel Hempstead, the home of Herts Baseball Club.

Over the three weekends 40 games are scheduled to be played on the two diamonds. The competition begins on March 19 with a morning clash on Diamond 1 between the London Metros and the Essex Redbacks in the HSL NBL division. At the same time on Diamond 2, there is a Double-A clash between the Croydon Pirates and the London Musketeers.

The Herts Raptors are the first Herts team in action on that day as they meet the Mustangs. The first opportunity to see the Herts Cardinals’ first ever game will be on Sunday, 20 March, when they will meet ACS Cougars and the Sidewinders.

Alongside the deciding HSL games on the final day (April 3), Grovehill Ballpark will host the NBL Opening Day doubleheader between the Lancashire Legends and newly promoted BC Vetra who won the Triple-A National Championship last year.

In addition to the games, there will be three Youth Baseball Open Sessions for any boys and girls aged 6 to 14 who are not members of a baseball club at the moment. This is a good opportunity for them to try baseball at no cost. Each session is 2 hours long.

For more details and to book a place, please complete this form.

Get in the Game

Players, from beginners to advanced, are now registering for the 2022 baseball season. For more details about how to join the Herts baseball teams in Hemel Hempstead and in NW London or for more details about the HSL or if you are interested to give baseball a try in this competition contact Herts Baseball Club.

Adult and youth players now registering for the 2022 baseball season