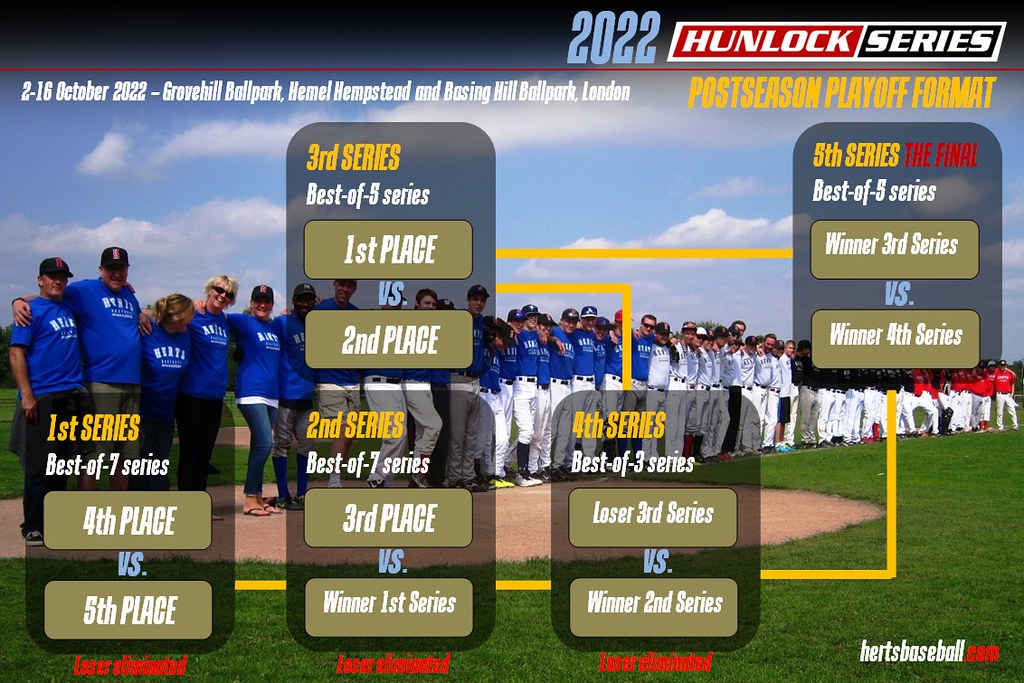 The 9th Inning game format is back

The game schedule for the 2022 Hunlock Series has been published and it has been confirmed that the “9th Inning” game format is back which means that all games will be decided over a single inning only. This format was first adopted in the 2017 Hunlock Series. It recreates the tension and drama of the ninth inning.

The Green Pilgrims open the competition with a 4-game series against the Black Bears at 10am at Basing Hill Ballpark, followed by four more of these 4-game series with the day ending at around 5:30pm.

The following regulations will apply to the “9th Inning” format.

What is also noticeable from the schedule is that the home team alternates over the course of the 4-game series which implies that the fielding team in the bottom of the inning will remain on the field in the top of the inning of the subsequent game. This scheduling approach was adopted in previous years and it sped-up the games enormously as that halved the number of times teams go in and out of the field. There even was no need for warm-up pitches as the pitchers were ready. The downside is that a pitcher will need to stay on the mound for 6 outs without a break as opposed to the usual 3 outs, which could mean twice as many pitches thrown in an inning. This is where the defence can really help pitchers, by minimising errors and not adding to the pitcher’s pitch count.

The first two weeks of the Series will see a league format where each team will play a total of 16 games, 4 games against each of their opponents.

The difference this year is that there will be a postseason playoff format in week 3 which will also feature the one-inning game format. See playoff tournament tree above.

The other rules which differ from what teams are used to in the BBF leagues are:

• Pitching Restrictions. A player can appear as a pitcher in one, two or more games per day, but no player shall accumulate more than 3 innings (9 outs) as a pitcher over the course of the day. It is the responsibility of the opposing team to inform the umpire when a pitcher reaches the limit. Managers must inform opponents of the number of innings pitched by each of their pitchers during the day prior to the start of each game.

• No Mercy Rule will be in force.

• If the game is tied after completion of the final inning, each team is awarded half a win and half a loss in the standings.

If you have not signed up to play in the Hunlock Series, it is not too late. Contact Herts Baseball Club for details on how to sign up.