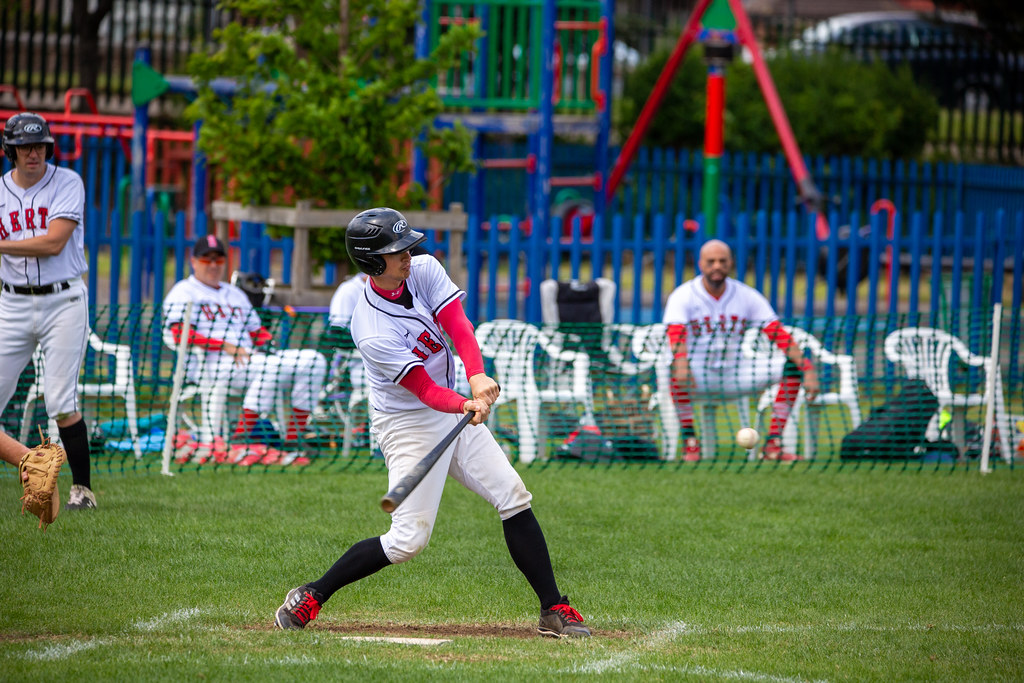 The Most Valuable Players (MVP) of the thirteen Herts adult and youth teams have been announced.  The players of each team voted to determine their team’s MVP so the results reflect who the players consider to have been the most influential members this year.

The Cardinals voted for Tyler Cote (pictured above) who proved to be one of the team’s most effective pitchers picking up 3 wins, one of which included an outing where he went five innings without allowing a hit. He led the pitching staff with 29 strikeouts. He also put up good offensive numbers including 2 home runs.

From the five Herts teams in the BBF adult leagues, the Herts Hawks had the best regular season record reaching the playoff semi-final and Harry McMenamin was one of the driving forces behind that success.  With a .594 batting average and .844 slugging average he was among the top three batters in the team. But his contribution was in all aspects of the game including an ERA of 2.00* on the mound and one of the team’s most reliable gloves in the infield (Fielding % .967). This is only McMenamin’s second season in the BBF leagues and he has now been voted MVP in both. Last year he was the Herts Raptors MVP. What will he do in 2023?

The Londoners also qualified for the postseason and there were a number of strong candidates for MVP, but it was first baseman Kenny Liao who led the team in so many different statistical categories including batting average (.646) and RBI (37). Whenever he stepped up to the plate there was the confidence that Kenny Liao will get on base and drive runs home. Pitcher and infielder Nic Goetz was a close second in the MVP vote.

Last year the Eagles were the club’s best performing team but they were missing some key players in big games which certainly cost them a number of wins this year. However, there is real excitement about the prospect of seeing 17-year-old pitcher Alex Trautman develop over the next few years. He was chosen as the MVP. He had the most wins and his 7.88 ERA came second behind Mike Wakelam’s 6.30. Trautman recorded 32 strikeouts – a phenomenal rate of 2 strikeouts per inning. He is now also starting to put up high offence numbers.

The Raptors voted John Kjorstad as their MVP.  He led the team in RBIs, home runs (3) and slugging average 1.000 and came second in batting average (.481) behind Thomas Browne (.556). It was Kjorstad’s two home runs and 7 RBI in the Raptors’ win against the Eagles that helped the team end a 21-game losing streak.

Kjorstad’s performance on that day was also nominated for Play of the Year and it received the most votes in that category coming ahead of Zak Beller’s Grand Slam in the deciding game versus the Mustangs and the Eagles comeback from 1-9 to win 12-11 against the Londoners.

The Herts youth team coaches had the difficult task of breaking a number of ties in the MVP voting for the eight Herts teams.  The MVPs were:

Surprisingly, there were only two nominations for Nob-Out. Londoners Eddie Wang was nominated after calling time halting their away game in Guildford to walk over to the opponents’ dugout to claim the game ball which he hit over the fence for his first home run of the season a minute earlier. But it was Aspi Dimitrov who received the most votes. On the final weekend of their regular season, the Herts Londoners won two hard-fought games against Herts Eagles to ensure that London Mustangs are not able to overtake them in the Playoff race thanks to a better head-to-head record in a 2-way tie, only for Aspi Dimitrov to put the celebrations on hold when he informed the team several hours after the win that there is a peculiar scenario where other games could produce a 3-way tie which would bizarrely take Mustangs above Londoners. Celebratory social media posts had to be amended or put on hold over the course of that nail-biting week.

With 2022 award-winners confirmed, attention is already turning to preparations for the 2023 season. What will the new year bring? How many Herts teams will we see and which leagues will they play in? Which players will be challenging to move up the leagues and will a Herts team bring a national championship trophy home.

New players who are hoping to play in 2023 or would like to try baseball to help them decide, should contact the club so they stay updated about 2023 Spring Training.

* – based on the games that we have stats for.