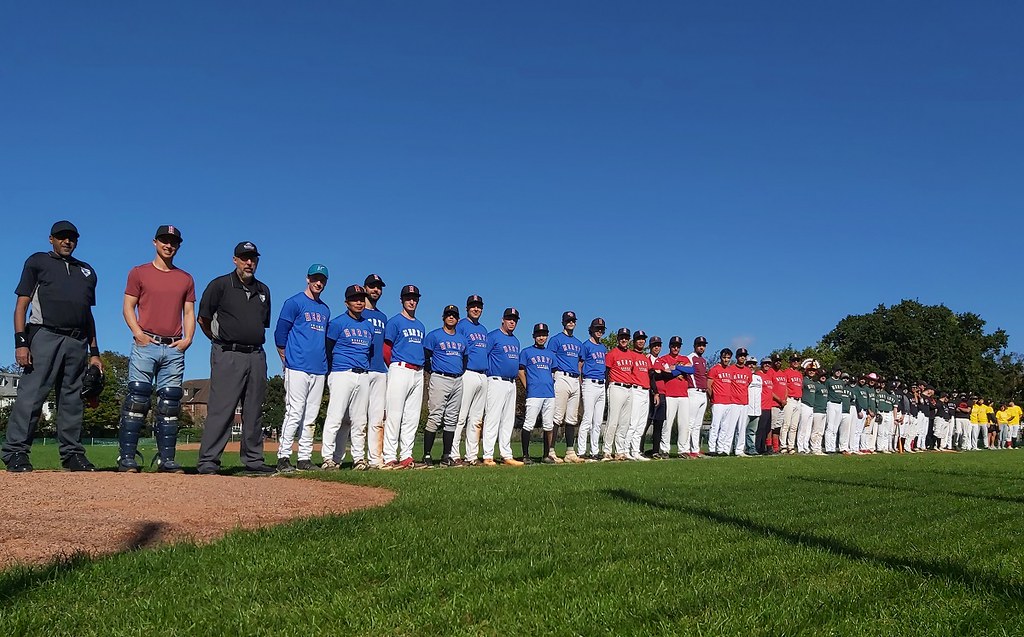 The Blue Buzzards were the favourites to win this year’s Hunlock Series so it was no surprise when they beat the Bears in the Final late on Sunday evening as the sun was going down on the final game day of the 2022 season.

It may have been a stroke of luck that they had the first pick of Free Agents but manager, Danny Preston, certainly hit the jackpot when Conner Brown appeared in the Free Agents’ block when he would usually be a first-round-pick.

They dominated in the league stage during the first two weeks finishing in first place which put them in pole position for the Playoffs.

At the other end of the standings the Ducks and the Pilgrims finished fourth and fifth, respectively, setting up a dramatic elimination series which the Ducks won 4-2.  They had to face the third-placed Black Bears next. Ducks ran out of pitching arms and, despite putting up a good fight, lost the series 4-2.

The second seeded Red Roosters went the distance against the Buzzards ut it was the blue team who won it to clinch a place in the final while the Roosters had to face the Bears in a best-of-3 semi-final series. A walk-off win for the Bears took them to the Final.

The Buzzards had a considerable advantage as the Bears pitchers had gone through two gruelling series earlier in the day and the reds won the Final 2-1.

This year’s Hunlock Series saw around 100 players play 64 one-inning games. Many of the players were new to Herts and the club hopes to see them wearing the Herts jersey when the 2023 British baseball season commences.

These were the final games of the 2022 baseball season. The players now take a break over the winter but Spring Training is not too far away and preparations for the 2023 season have already began.