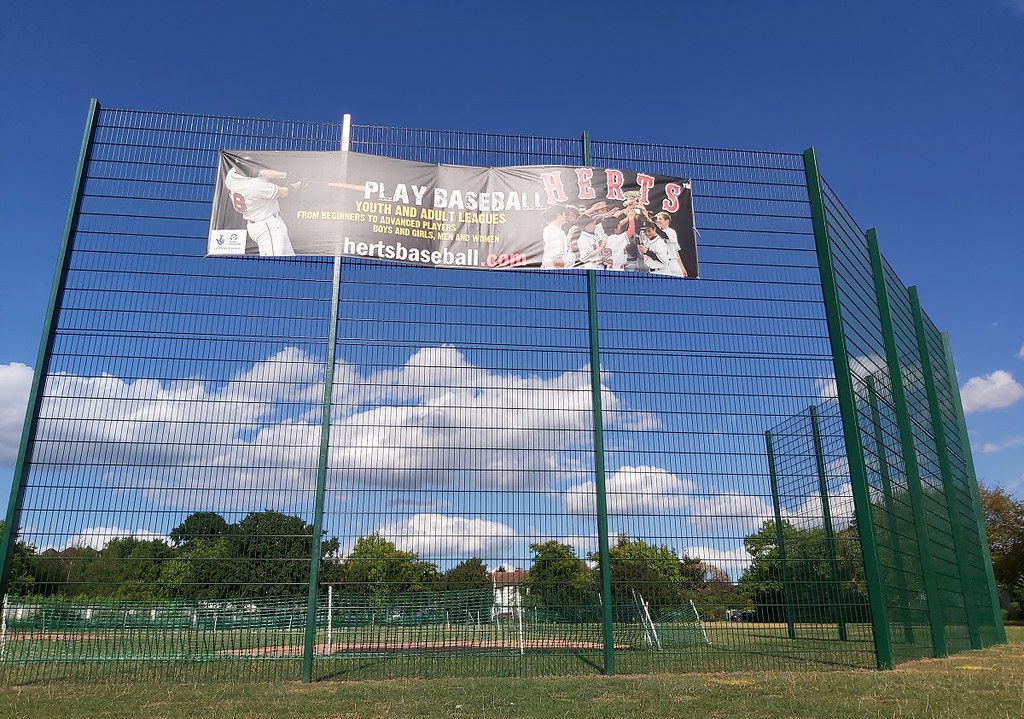 The key components of the second phase of the Basing Hill Ballpark project have now been completed.

The first phase of the project was to level and resurface the playing field with new grass.  That was implemented last September and October by the contractor Inscapes and it was time to move to phase two.

The club, with the help of Sport England, club members and the wider community successfully reached the £20,068 crowdfunding target in April and the London Borough of Barnet planning department granted the planning permission for the project to commence.

Over the last three months the club secured the services of several fantastic contractors. Galldris Group, who have been busy across the street with the huge Brent Cross Town development, implemented the excavation of the infield cutout areas around the bases and the pitcher’s mound.

Working on a very tight budget, the club relied on its own members and volunteers to do the heavy lifting of laying the 20 tonnes of sub-base and 40 tonnes of infield mix onto the cutout areas.

They somehow managed to avoid disruption to the youth and adult league schedules by squeezing all of this work into the five days between two weekends packed with games.

The first games on the new infield was the Triple-A League clash between the Herts Cardinals and the Cambridge Monarchs on 26 June, pictured above.

The mound clay blocks were installed on the pitcher’s mound and the batters’ and catcher’s boxes a week later.

Today, the installation of the baseball backstop was completed by contractors Tate and Tonbridge Fencing.

The last remaining task in this phase of the project is the installation of the spectator rails on the first and third base side of the infield. With steel and fuel prices rising, the cost of this increased by 30% which pushed the total project cost above the amount which was raised and the club is now looking for solutions either to raise more funds or find a fencing contractor who is able to install the spectator rail fencing panels at a lower price, or hope that inflation will correct itself in the coming months but that looks highly unlikely at the moment.

Although the 2022 BBF regular season is over, players will have a chance to play at the upgraded Basing Hill Ballpark before 2023 as the first Hunlock Series game day is scheduled to be played there on Sunday, 2 October.