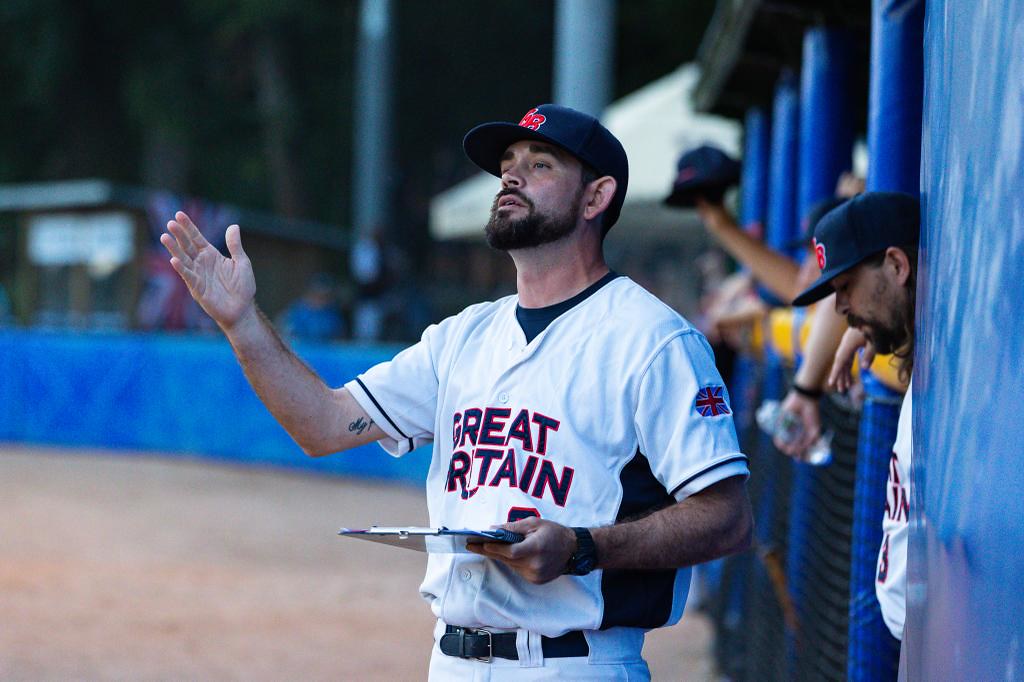 The club has confirmed that the number of executive board members has increased to fifteen after the results of last month’s elections were announced along with the appointment of several additional board members who have been co-opted.

As part of the announcement of the partnership between Herts and Legends last month, it was already confirmed that the Herts Legends NBL team will be managed by Great Britain U18 national team manager and president of Legends Baseball Club, Jonathan Rodriguez. Today’s announcement confirms that he has now been appointed as a member of the club board.

In addition to his role as Herts Legends manager, he has also been appointed as co-General Manager alongside the two other co-GMs, Arnold Longboy (pictured right) and Aspi Dimitrov, who have also been co-opted having served in that role over the previous twelve months. Rodriguez will cover the on-field aspects of the GM role, while Longboy and Dimitrov will focus on operations off the field.

Ken Pike and Sean Bennett have been re-elected as board member as Herts Hawks manager and Herts Cardinals representative, respectively.

Matt Bell has also been re-elected as co-manager of the Herts Londoners and he will be working alongside Andrew Slater who returns to the board having previously co-managed the Herts Hawks in 2016 when the team became Single-A League national champion winning every regular season and postseason game they played that year.

Mike Cunningham has been elected to the board as the new Herts Raptors manager. The team finished far from the playoff places in 2022 but has a wealth of young talented players who are progressing rapidly and are expected to start imposing themselves on the league in the next few years.

The club’s hopes of adding a Double-A League team at its Basing Hill branch was a hot topic at the annual general meeting and the club has made a statement of intent by co-opting Miguel Gibson as manager of that proposed Double-A team. In 2022 he was a member of the Croydon Pirates who became Double-A national champions. The race is now on to see if the club will be able to put together a roster to add that missing piece at Basing Hill.

Players have started registering for the 2023 season and Herts team managers will shortly be assessing what the rosters might look like in 2023 in order to decide how many teams to enter this year and in which BBF leagues. The deadline for league entries is 31 January.

Players now registering for the 2023 season

The Herts youth baseball programme has also been strengthened with the election of Stephen Wong as head of the Hemel Hempstead under-13 department. He gave the programme an huge boost when he joined the youth coaching staff last year.

Aspi Dimitrov has also been re-elected as president and facilities manager for Grovehill Ballpark.

Link to the full list of 2023 board members.  More members are expected to be added between now and Opening Day.

As part of the vote, club members approved the amendment of article 9.4 of the constitution related to the deadline for board nominations.